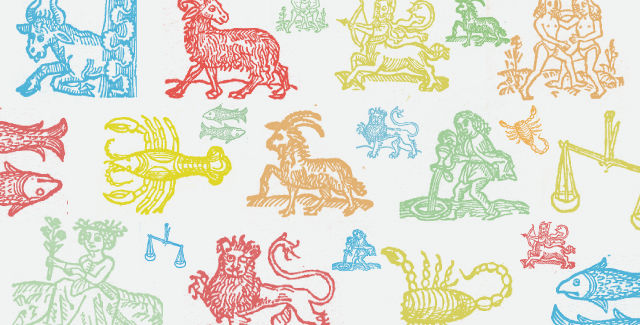 ARIES (March 21-April 19): “Choconiverous” is an English slang word that’s defined as having the tendency, when eating a chocolate Easter Bunny, to bite the head off first. I recommend that you adopt this direct approach in everything you do in the coming weeks. Don’t get bogged down with preliminaries. Don’t get sidetracked by minor details, trivial distractions, or peripheral concerns. It’s your duty to swoop straight into the center of the action. Be clear about what you want and unapologetic about getting it.

TAURUS (April 20-May 20): The American snack cake known as a Twinkie contains 68 percent air. Among its 37 other mostly worthless ingredients are sugar, water, cornstarch, the emulsifier polysorbate 60, the filler sodium stearoyl lactylate, and food coloring. You can’t get a lot of nutritious value by eating it. Now let’s consider the fruit known as the watermelon. It’s 91 percent water and six percent sugar. And yet it also contains a good amount of Vitamin C, lycopene, and antioxidants, all of which are healthy for you. So if you are going to eat a whole lot of nothing, watermelon is a far better nothing than a Twinkie. Let that serve as an apt metaphor for you in the coming weeks.

GEMINI (May 21-June 20): You may be as close as you have ever gotten to finding the long-lost Holy Grail—or Captain Kidd’s pirate treasure, for that matter, or Marie Antoinette’s jewels, or Tinkerbell’s magical fairy dust, or the smoking-gun evidence that Shakespeare’s plays were written by Francis Bacon. At the very least, I suspect you are ever-so-near to your personal equivalent of those precious goods. Is there anything you can do to increase your chances of actually getting it? Here’s one tip: Visualize in detail how acquiring the prize would inspire you to become even more generous and magnanimous than you already are.

CANCER (June 21-July 22): People are paying attention to you in new ways. That’s what you wanted, right? You’ve been emanating subliminal signals that convey messages like “Gaze into my eternal eyes” and “Bask in the cozy glow of my crafty empathy.” So now what? Here’s one possibility: Go to the next level. Show the even-more-interesting beauty that you’re hiding below the surface. You may not think you’re ready to offer the gifts you have been “saving for later.” But you always think that. I dare you to reveal more of your deep secret power.

LEO (July 23-Aug. 22): Some people believe unquestioningly in the truth and power of astrology. They imagine it’s an exact science that can unfailingly discern character and predict the future. Other people believe all astrology is nonsense. They think that everyone who uses it is deluded or stupid. I say that both of these groups are wrong. Both have a simplistic, uninformed perspective. The more correct view is that some astrology is nonsense and some is a potent psychological tool. Some of it’s based on superstition and some is rooted in a robust mythopoetic understanding of archetypes. I encourage you to employ a similar appreciation for paradox as you evaluate a certain influence that is currently making a big splash in your life. In one sense, this influence is like snake oil, and you should be skeptical about it. But in another sense it’s good medicine that can truly heal.

VIRGO (Aug. 23-Sept. 22): According to the Biblical stories, Peter was Christ’s closest disciple, but acted like a traitor when trouble came. After Christ was arrested, in the hours before the trial, Peter denied knowing his cherished teacher three different times. His fear trumped his love, leading him to violate his sacred commitment. Is there anything remotely comparable to that scenario developing in your own sphere, Virgo? If you recognize any tendencies in yourself to shrink from your devotion or violate your highest principles, I urge you to root them out.  Be brave. Stay strong and true in your duty to a person or place or cause that you love.

LIBRA (Sept. 23-Oct. 22): Marketing experts say consumers need persistent prodding before they will open their minds to possibilities that are outside their entrenched habits. The average person has to be exposed to a new product at least eight times before it fully registers on his or her awareness. Remember this rule of thumb as you seek attention and support for your brainstorms. Make use of the art of repetition. Not just any old boring, tedious kind of repetition, though. You’ve got to be as sincere and fresh about presenting your goodies the eighth time as you were the first.

SCORPIO (Oct. 23-Nov. 21): In Cole Porter’s song “I Get a Kick Out of You,” he testifies that he gets no kick from champagne. In fact, “Mere alcohol doesn’t thrill me at all,” he sings. The same is true about cocaine. “I’m sure that if I took even one sniff that would bore me terrifically, too,” Porter declares. With this as your nudge, Scorpio, and in accordance with the astrological omens, I encourage you to identify the titillations that no longer provide you with the pleasurable jolt they once did. Acknowledge the joys that have grown stale and the adventures whose rewards have waned. It’s time for you to go in search of a new array of provocative fun and games.

SAGITTARIUS (Nov. 22-Dec. 21): The English writer William Wordsworth (1770-1830) wrote hundreds of poems. Among his most famous was “I Wandered Lonely as a Cloud,” which is also known as “Daffodils.” The poem sprung from him after a walk he took with his sister around Lake Ullswater in the English Lake District. There they were delighted to find a long, thick belt of daffodils growing close to the water. In his poem, Wordsworth praises the “ten thousand” flowers that were “Continuous as the stars that shine / And twinkle on the milky way.” If you are ever going to have your own version of a daffodil explosion that inspires a burst of creativity, Sagittarius, it will come in the coming weeks.

CAPRICORN (Dec. 22-Jan. 19): Your subconscious desires and your conscious desires seem to be at odds. What you say you want is not in precise alignment with what your deep self wants. That’s why I’m worried that “Don’t! Stop!” might be close to morphing into “Don’t stop!”—or vice versa. It’s all pretty confusing. Who’s in charge here? Your false self or your true self? Your wounded, conditioned, habit-bound personality or your wise, eternal, ever-growing soul? I’d say it’s a good time to retreat into your sanctuary and get back in touch with your primal purpose.

AQUARIUS (Jan. 20-Feb. 18): Sometimes you’re cool, but other times you’re hot. You veer from acting aloof and distracted to being friendly and attentive. You careen from bouts of laziness to bursts of disciplined efficiency. It seems that you’re always either building bridges or burning them, and on occasion you are building and burning them at the same time. In short, Aquarius, you are a master of vacillation and a slippery lover of the in-between. When you’re not completely off-target and out of touch, you’ve got a knack for wild-guessing the future and seeing through the false appearances that everyone else regards as the gospel truth. I, for one, am thoroughly entertained!

PISCES (Feb. 19-March 20): How can you ripen the initiatives you have set in motion in recent weeks? Of the good new trends you have launched, which can you now install as permanent enhancements in your daily rhythm? Is there anything you might do to cash in on the quantum leaps that have occurred, maybe even figure out a way to make money from them? It’s time for you to shift from being lyrically dreamy to fiercely practical. You’re ready to convert lucky breaks into enduring opportunities.

This article was originally published in Little Village issue 174