Polls open in the combined city and school election at 7 a.m. on Tuesday morning, and the polls will remain open until 8 p.m. Voters in Cedar Rapids will choose three city council members, and three members of the Cedar Rapids Community School District Board.

In Tuesday’s election, incumbent Scott Overland is challenged by Sofia Mehaffey in District 2. There are also two at-large seats on the ballot and three candidates running for those seats: incumbent Ann Poe, Patrick Loeffler and Jorel Robinson. Incumbent Scott Olson is running unopposed in District 4.

Sofia Mehaffey is the director of community health and nutrition programs at Horizons: A Family Services Alliance, where she oversees its large Meals on Wheels program. The program, which provides fresh and nutritious food to seniors and others in need, served over 300,000 meals last year.

Mehaffey is involved with various organizations in the community, including the city’s Wellbeing Advisory Committee and Family Promise of Linn County, and she is completing a term on the Linn-Mar School Board. Continue reading…

Incumbent Scott Overland is running to represent District 2 on the Cedar Rapids City Council for a second term. Overland is vice president of investments at Cedar Rapids Bank and Trust and is also a trustee of the Indian Nature Creek Center.

During his first term on city council, Overland wanted to work on a bigger project in addition to the usual issues that come up in city council. The Neighborhood Finance Corporation (NFC) was Overland’s big project. Continue reading…

Ann Poe is running for her third term on the Cedar Rapids City Council. The at-large councilmember said it was her experience as a community liaison for the Rebuild Iowa Office following the 2008 floods that first inspired her to run for city council eight years ago.

Poe said she’ll take what she learned over the last eight years and “push forward” if reelected. Continue reading…

Jorel Robinson, a productivity specialist at GoDaddy, is seeking an at-large seat on the Cedar Rapids City Council.

Robinson is a co-founder of the Big Bang Foundation. He said the group started as a way for him and his friends to travel and perform music, but they wanted to do something more, so the group turned its focus to connecting with young people of color to help raise the awareness of those young people of their own abilities and empower them. Continue reading…

David Tominsky is running unopposed in District 1, but his fellow incumbent Rafael Jacobo is being challenged by Dexter Merschbrock in District 4. There are also five candidates running for two open at-large seats on the ballot.

Little Village sent questionnaires to all the school board candidates via email, and received answer from six of the seven candidates. 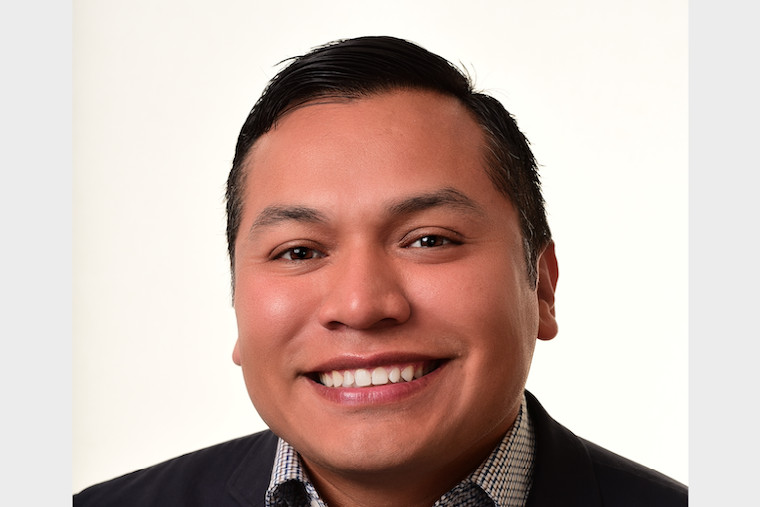 Rafael Jacobo, a business analyst at Verizon, is running for a second term representing District 4 of the Cedar Rapids Community School District. He has lived in Cedar Rapids with his family for more than 15 years.

Jacobo has a number of personal connections to the school district. He has two kids currently attending its schools, and his oldest son recently graduated from Washington High. Jacobo has also volunteered in numerous schools, is a former PTA president and current PTA member. Jacobo’s wife, Angel, is the associate principal’s secretary at Franklin Middle School. Continue reading…

Dexter Merschbrock, a letter carrier for the U.S. Postal Service, and his wife, Michelle, bought their current home so their two sons would be able to walk to school. Merschbrock’s older son is in fourth grade at Grant Wood Elementary, and his younger son will start kindergarten there next year. Continue reading…

Maurice Davis is a program coordinator and business coach for Jane Boyd Community House, a Cedar Rapids nonprofit working to enhance the academic, emotional and social well-being of children and families. He’s lived in Cedar Rapids for seven years.

While Davis doesn’t have kids or family in the CRCSD, he wants to help shape the district for the better. Continue reading…

Cindy Garlock was a teacher in the Cedar Rapids schools for 33 years. Garlock taught at Wilson Junior High, Taft Junior High and Kennedy High. Her daughter graduated from Jefferson High, and Garlock’s husband was also a career teacher in Cedar Rapids.

“I have retired from teaching but have continued to be a strong advocate for public education,” Garlock said. Continue reading…

Joseph Miller, an attorney at Shuttleworth & Ingersoll, is “heavily invested” in the CRCSD. Five of his six children currently go to school within the district.

Miller and his family have lived in Cedar Rapids for almost five years. Continue reading…

Jen Neumann is the CEO of de Novo Marketing in Cedar Rapids. Neumann and her husband have lived in Cedar Rapids for 25 years, and their two daughters are part of the CRCSD. Continue reading…

Voters must cast their ballots at their designated polling place on Tuesday. The Linn County Auditor’s Office has an online look-up tool for anyone uncertain of where to vote.

This is the first regularly scheduled election for which the 2017 voter ID law will be in full effect. Voters will need to show a photo ID issued by either the state or federal government. The Iowa Secretary of State’s office has a list of acceptable IDs.

One of those forms of photo ID will also be required for anyone who wants to register to vote on Election Day. If the photo ID doesn’t have your current address, you’ll need to bring one of the following proofs of residence:

• Government check or other government document

Assistance will be available for voters with special needs. Each precinct should have two officials — a Democrat and a Republican — designated to assist those voters. If a voter prefers to have someone other than the designated officials assist, that person will have to sign an Affidavit of Voter Requesting Assistance, according to the Iowa Secretary of State.

Curbside voting is also available for those unable to easily exit their vehicles. Once alerted to a voter requesting the curbside option, the two appointed precinct officials will bring a ballot to the voter.

Anyone with questions about assistance with voting should call the Linn County Auditor’s Office, 319-892-5300.