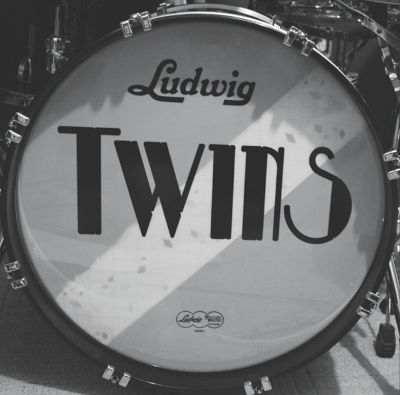 My passion for music started to deepen when I discovered The Beatles in sixth grade. For the first time, I wanted to know everything about a band. This love of The Beatles opened the door for my appreciation of bands who were clearly influenced by the Fab Four. Often grouped under the genre of “power pop,” I was a sucker for bands like The Smithereens, Urge Overkill and Game Theory.

Recently, I’ve discovered Twins, a band that is carrying on the power pop tradition. The Cedar Falls band is back with their sophomore effort, Tomboys on Parade, released by the fantastic Iowa label, Maximum Ames Records.

Tomboys on Parade brings what can only be described as a survey of power pop, covering British Invasion bands like The Kinks and The Faces, as well as bands like Badfinger, Big Star and another Midwestern power pop band, Cheap Trick.

Over the course of three consecutive songs—“Teenage Lethario,” “Hello World” and “Big Boots”—the band flips into an ‘80s anglophile tip, digging up the bones of XTC, The Police and Elvis Costello and the Attractions.

But Tomboys on Parade is much more than just recycled guitars and harmonies. Twins no doubt spends a lot of time listening to the over four decades of music produced by power pop bands, but the results are impressive—sublimely polished nuggets of pop, washed in harmonies and falsettos, packed in backbeat and propelled by galloping guitars and sparkling arpeggios. The album is a damn fine slice of pop pie, and the vinyl version will spend a lot of time on my turntable.