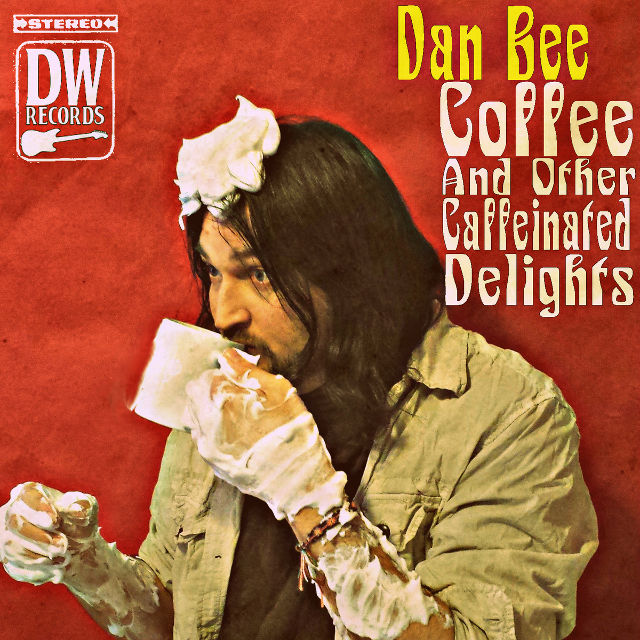 Coffee And Other Caffeinated Delights
danbeemusic.bandcamp.com

Dan Bee is the solo project of Dan Bobek, the guitarist for Raw Mojo. Unabashedly devoted to 1970s-style hard rock, Raw Mojo has been gigging around Iowa City for years. Their recent album Brickbat Theory is a high watermark for the band, finally capturing the vitality of their live sound. For Bobek to come up with another album so quickly shows that he doesn’t sleep much.

Coffee and Other Caffeinated Delights is defined by an elemental purity; there’s nothing ironic about Bobek’s music. It isn’t a time capsule from 1976—“The Best I Can” has a real Pixies vibe—and there’s nothing arch or self-conscious about these songs. The influences I hear in Bobek’s songs are well-aligned with my tastes: You’ll hear Screaming Trees but not Pearl Jam; Meat Puppets but not Stone Temple Pilots; Metallica but not that sucky post-rehab stuff. And no punk rock, which in Iowa City is really refreshing.

Humor is present, but it’s never cruel or cynical. “When Pigs Fly”—with it’s relentless chain of cliches like “beat a dead horse by beating around the bush”—is as gleeful as a roomful of third graders, but the clever way he chains them together into song is careful and crafty. “Set It Free” is, by contrast, quite earnest. The acoustic guitar riff that anchors the song quotes New Order’s “Ceremony,” but it goes somewhere much different. It has the untethered, wide-eyed loopiness of Syd Barrett, with mentions of black holes and cancer that obscure more than they reveal.

For a self-recorded album where Bobek where plays nearly all instruments, the quality of production is top-notch. A connoisseur’s attention to the myriad flavors of guitar distortion and use of the entire stereo field gives the record a spacious feel. The simplicity of his arrangements keeps the sound razor sharp. The album’s title is apt—this is Dan Bobek at his most focused and meticulous. High on coffee, life or whatever, I think he’s gotten the dosage right.