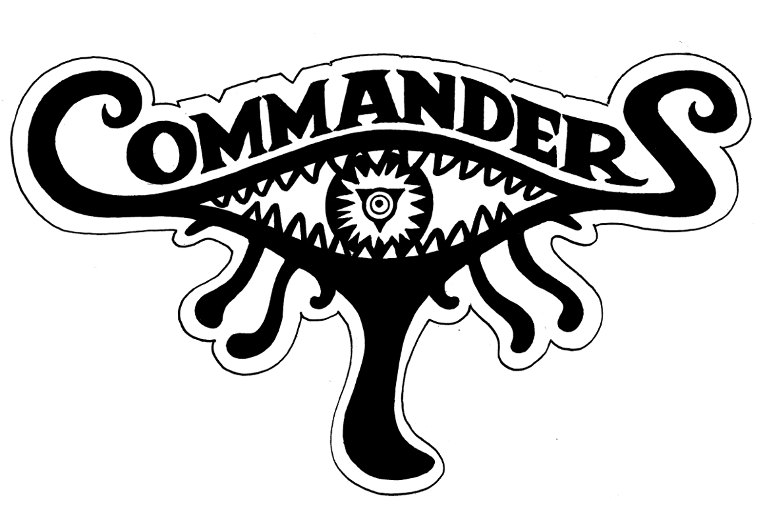 The Commanders’ newest EP, Odd Disasters, is somehow simultaneously a tight, clean collection of succinct musical ideas and a vast, sprawling commentary on the current state of the human condition and how we got here.

Odd Disasters takes all of the great musical impulses behind the band’s first release, Stooges, Stones and Spacemen, and clarifies them, creating tracks that are more confident and thus more adventurous. Like on their debut, the Commanders wear their influences on their sleeve, but their signature sound is becoming ever more distinct.

Much of the weight of it again rests on Chris Burns’ attention-demanding vocals. But Daniel Davis’ drumming (especially on mid-album tune “Weird People”) and Shawn Haigwood’s exploratory guitar are also crucial in that development. Track five, “Eye for an Eye,” is the stand-out in this respect. Its catchy hook doesn’t hurt, but its real value is the way that it serves as a distillation of the Commanders’ abilities, growth and integration as a band.

Album opener “Right Here Is Where We Are” is a spaced out trip of a track that sets the stage lyrically for the self-conscious investigation into what, exactly, the human race is playing at — call it the philosophical spawn of New York Dolls and Mudhoney, if both suddenly started reading a shit-ton of Heinlein.

Odd Disasters continues on like this, looking through a skewed, yet illuminating, lens at the happy accident of existence. It traces a vision of humanity through ever-more recent textual references (“Primal man was out hunting / Gathering food for the tribe” in “Get On Board,” an alien abduction tale at the second slot, and track three, “Heathen Summer,” gives “Let’s get drunk at the Resurrection, Until We Bleedin’ Wine”) before landing on final track “Rituals of a Hollywood Sex Cult,” which calls out modernity while framing it in an ancient context — we haven’t really changed that much, it seems to say.

Odd Disasters supports that trajectory musically as well. Track one, for instance, is the kind of spiralling psychedelia that usually closes an album — but it works as an opener when the storytelling deliberately involves time circling back in on itself.

This EP is perfect for diving into harsh autumn contemplations of meaning and mortality, but by gods does it demand that we have a lot of fun doing it.

This article was originally published in Little Village issue 251.