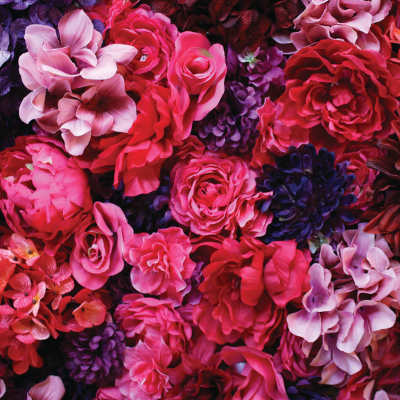 Listening to Night Milk, the latest album from Iowa City’s Younger (recorded at Magic Barn Studios, produced by Pete Becker and released by Little Village) I’m reminded of a time in the ’90s when it seemed that women everywhere were picking up guitars and making powerful and edgy new music. Record labels were signing them as fast as they could, and bands like the Breeders, Belly, Juliana Hatfield, Courtney Love’s band Hole, Veruca Salt, L7 and Garbage climbed the charts and were fixtures on video music channels.

Younger is a trio with Amanda Crosby on bass, Rachel Sauter on guitar and Sarah Mannix on drums, with all three on vocals. What Younger shares with most of these earlier bands is a punk and grunge aesthetic of “just play it” minimalist instrumentation: guitar and bass riffing over driving drums. Both Night Milk and their self-titled debut recall the early albums of every band I’ve ever loved. A lot of bands are in a sort of exploratory phase for their first couple of albums, and that makes for unique and edgy records. That idea that a band can jump into the void of writing and recording without worry about polish or even how well they play—that’s how both of these records sound to me.

In an interview last year with Kembrew McLeod, published in Little Village issue 217, the band explained their songwriting process as starting with improvised riffs around which they build the songs. The songs are often broken down to feature just the bass or guitar. You can hear an example of this in Night Milk’s opening kiss-off track, “Trash.” Crosby’s simple two-note distorted bass riff stands alone, and then Sauter weaves in a similarly simple arpeggiated guitar line through that. Then Mannix comes in with the drums and everything starts building as Sauter starts picking a variation of her guitar line. It’s a formula that Joy Division used on “Transmission,” and it still holds up.

The vocals are really Younger’s signature feature. They range from nonchalant, deadpan sass on songs like the aforementioned “Trash” (“You’ve got a stellar tan, oh, you’re a garbage man”), “Divorce” (“I did this TO MYSELF! Gotta gotta get away from THIS!”) and “Big Deal” (“You’re never fun, you’re never fun, you’re never fun…”) to stunning, vibrant harmonies all over the record. The album-closing title track, “Night Milk,” features their three vocals layered in close — almost a chant harmony, in contrast to the alarmingly precarious, breakspeed instrumentation beneath, then ending the song a capella. It’s really mind-blowing.

Night Milk is a study in contrasts. Driving punk and grunge combined with spot-on polished vocals makes this album breathtaking and unique. Younger owes a bit to the legacy of bands that came before it, but stands to influence many after it.

This article was originally published in Little Village issue 251.