Some Night You Will Hear Me Crowing
www.treesreach.com 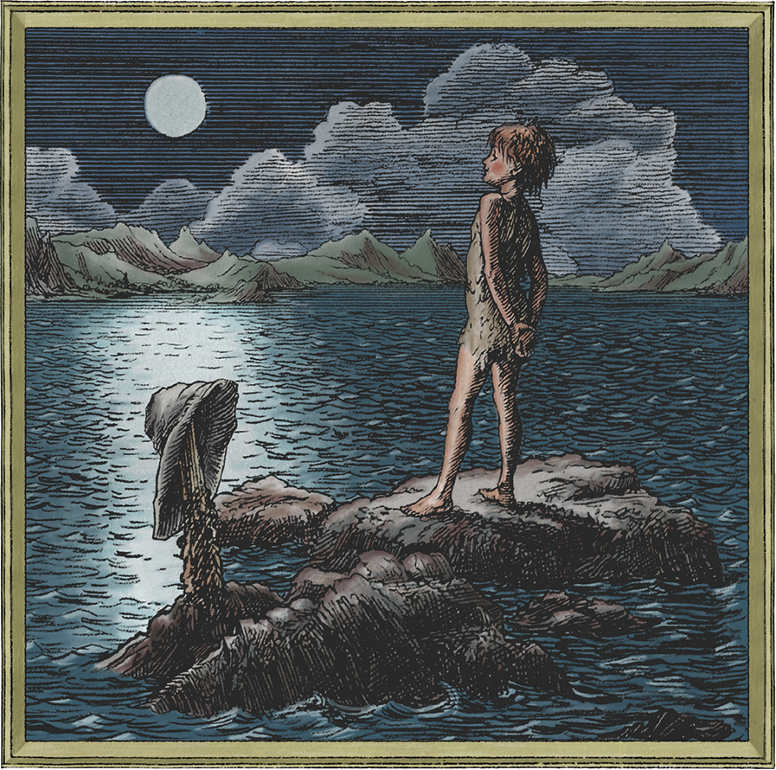 The final chapter in J.M. Barrie’s Peter Pan, “When Wendy Grew Up: An Afterthought,” serves as an epilogue. It provides an answer to what happens to Peter and Wendy: Wendy grows up, gets married and has a daughter, Jane, who wants the story of Peter Pan told to her every night. Jane asks Wendy, “What was the last thing Peter ever said to you?” Wendy replies, “The last thing he ever said to me was, ‘Just always be waiting for me, and then some night you will hear me crowing.’”

Some Night You Will Hear Me Crowing, the debut album from Cedar Rapids trio treesreach, uses the story of Peter Pan as a thread joining the musical squares in a large double album quilt in the form of symphonic interstitial pieces. Taken by themselves, the rock songs are not directly Peter Pan-themed, but they evoke a sense of melancholy similar to Peter Pan’s afterthought.

Further cementing that mood is the dark poetry of the lyrics. A great example is in the song “Skies and Seas” — “Last night I was dreaming the universe was kneeling at my feet./But morning came and swept me/out of all the endless/overwhelming madness,/the fantasies I tease.” In the album closer, “Sunchasers,” lead singer and bass player Dillon Rairdin sings, “Don’t stop running for the sun/despite the things you’ve left undone/’cause though the light may strike you blind/it casts your shadow far behind.”

The songs seem to be capturing a personal inventory of relationships and where the narrator is in his surroundings — not a mid-life crisis, but a decision point before a leap of faith.

As Wendy got older it became increasingly impossible for her to make it back to Neverland with Peter — she stopped hearing his crowing. In the anthemic centerpiece of the album, “Mine Alone,” Rairdin sings, “I’m the holder of my days/and I remember ways I used to crow.” The crowing we need to listen to as we grow up comes from within, and how we make it to our own Neverland is up to us.

Musically, the band leans towards the progressive pop of Radiohead. In fact, vocally, Rairdin sounds a lot like Thom Yorke. The smart chamber pop and jazz leanings often recall Sufjan Stevens or Andrew Bird. There is so much going on with Some Night You Will Hear Me Crowing that it takes multiple listens to get through all of the layers and subtleties — but it pays off in spades, making this one of the most complex and musically interesting albums to come out of this area in a long time.

This article was originally published in Little Village issue 234.