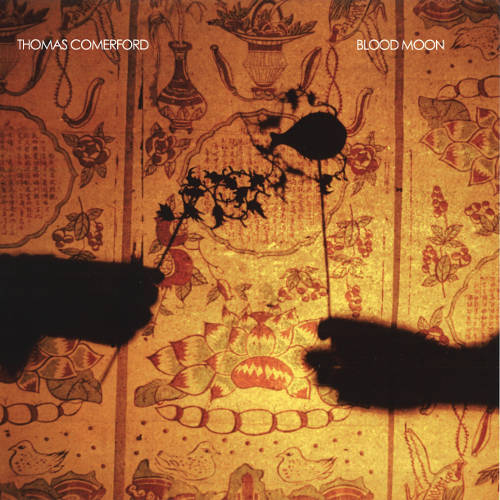 The songs that make up Thomas Comerford’s new album, Blood Moon, weren’t necessarily planned to be an album. His goal following his 2014 album, II, was just to keep writing and recording songs at every opportunity without the pressure of a formal album release. He took the chance to work with Chicago acts such as Tatsu Aoki of experimental jazz group Miyumi Project, Panoramic & True, vocalist Amalea Tshilds and singer/pianist Azita Youssefi among others. Last summer he realized that he had a collection of songs that made sense as an album release.

Even though the songs range in style from minimalist folk to rock and jazz, this roaming of the sonic landscape is not jarring; they flow seamlessly as songs that belong together. This is due in part to Comerford’s signature baritone, which weaves between melody and prose, recalling Leonard Cohen and Kris Kristofferson.

It’s too reductive to just say the album is folk. Its rich textures are a cosmopolitan blend of American and British folk — though with less Leadbelly and more Fairport Convention.

The opening track, “Lord of the Flies” (part of the sessions with Panoramic & True), features bright and beautifully chiming guitars that, in combination with Comerford’s reaching vocals, constitutes an alternate reality where Lou Reed worked with the Smiths instead of Metallica. According to his press release this is a song that he’d recorded previously; I’d say he got it right on Blood Moon.

The following track, “Stumblebum,” is a study in contrast. Amalea Tshilds provides beautiful soprano harmonies which weave hope around Comerford’s weary narrative of regret. “So heavy, brothers/All the time/What happened to my abilities with the knife?/Paradigm shift/Drama mine.” I don’t know if it was intentional, but I hear the pun of “Dramamine.”

One night after a recording session, Comerford went to the roof of the studio to observe the titular blood moon. The drama of the eclipse inspired Comerford to look at the songs in a different light — as if the blushing red revealed the theme of the record: human and warm. That’s what we have with Blood Moon: an album that, through collaboration with other artists, shows Comerford’s music in a new light.

This article was originally published in Little Village issue 245.