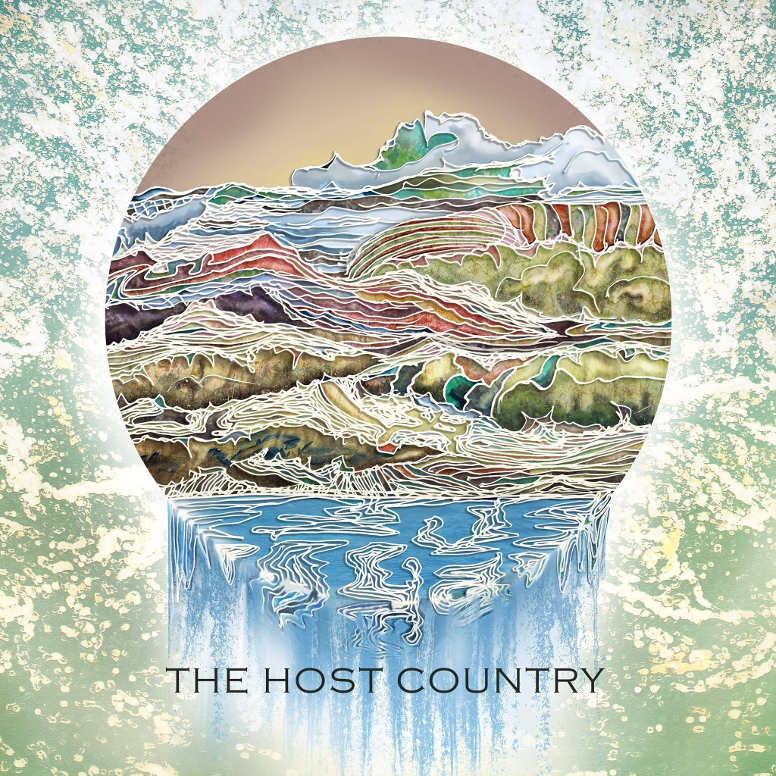 The Host Country started as a Cedar Falls-based duo with Diana Weishaar and Ty Wistrand supplying tasteful piano and guitar settings to generous pop songs that they could really lay into hard in live settings. Since those early days the two have been vocal soul-mates with perfectly complementary timbres that make their songs ring.

The band has wisely maintained a vocal orientation while they’ve expanded into a road-ready folk-rock quartet that is out now with a debut self-titled LP. The expanded lineup features Tom Rue on bass and Ethan Weishaar on drums, an excellent rhythm section ready to either lay back or forge ahead as the song dictates. The album was recorded by Philip Young at Wabi Sound in Des Moines and is notable for a polished sheen that suits the band’s well-earned air of professionalism.

The Host Country builds on a solid foundation of songwriting craft with concise arrangements that go straight to the target, like the rolling guitar riff that serves as a tag to the chorus of “Wake Up, Hazy” or the chilling sneak-attack harmonies on “Mama.” The latter tune, which is one of the set’s best, is also a textbook instance of Diana Weishaar‘s sneaky-great piano performances: Listen in for how her keys add a needed new rhythmic and melodic texture to the song’s final verse, taking the track into hit-making territory.

Tracks like the finger-picking folk ballad “Fare Thee Well” and the slow-burn heart-tugger “May Song” thrive on the players’ enviable restraint, while the pop-inflected “Family” and the opening mid-tempo rocker “How the Four Winds Blow” show off the band’s comfort at the opposite end of the dynamic spectrum. But all throughout the highs and lows it is ultimately the strong vocal takes, song after song, that thread through the record — as they do through the band’s history — and make it whole.

This article was originally published in Little Village issue 228.