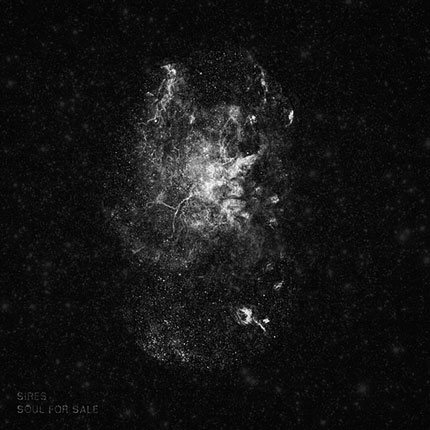 Dylan Sires is a sellout.

Or, at least that is what he wants you to believe. After a few years slugging it out as Dylan Sires and Neighbors, the Waterloo three-piece with a penchant for ’50s and ’60s rock and pop is laying all their cards on the table with a reboot as simply SIRES, and their ace in the hole is the new album Soul For Sale. Sires said, in a quote from their press release: “This album was made to be heard, and, if I had a soul to sell, it’d be on Amazon.”

Bringing powerhouse producer Brandon Darner into the fold was a smart move — his work on the new Holy White Hounds and Halfloves records transformed those bands’ sound to contemporary and radio-friendly with catchy, pulsing singles. With Soul For Sale, Darner’s hand has guided the album to a kind of bi-polar experience. Songs like “My Everything,” “Feeling Right” and “Gods of Love” all carry a sunny, classic ‘60s pop rock sound: Phil Spector-esque wall-of-sound symphonic layers of strings and harps. A signature snare and tambourine. A lot of XTC Oranges and Lemons vibes (Sires sings a little like Andy Partridge). Beach Boy “ba ba ba”s. And harmonies, lots of luscious harmonies.

On the other pole we have what’s become a Darner signature — distorted bass guitar and percussion on songs like the uber-catchy sing-along “She’s Into Me,” followed by the power-pop “Turn It Up.” Continuing this sound is track seven, the spooky “Deep In The Dark,” where the hook is delivered by harmonic ghostly “ooooo”s and the beat is propelled by the asynchronous kick drum.

The transition between these stylistic differences is made less jarring than one would expect, due to even-handed production and well-planned sequencing of the songs. Sires admits, “We tried to weave a thread through the middle to keep it feeling like an album.” The album builds to the dark final track, “Mordu Too,” which starts with a simple piano and vocal tribute to “My Funny Valentine,” adds in the drums briefly and builds to almost a Queen chorus when it ends. (Fun fact: the song was originally called “Chet Baker” due to the “Valentine” similarity).

If SIRES did sell their soul for this rock and roll, they got their money’s worth. They’ve crafted an album packed with smart, bright classic hooks as well as dark, lusty bombastic rhythms: an impressive juxtaposition in contrast.

This article was originally published in Little Village issue 208.