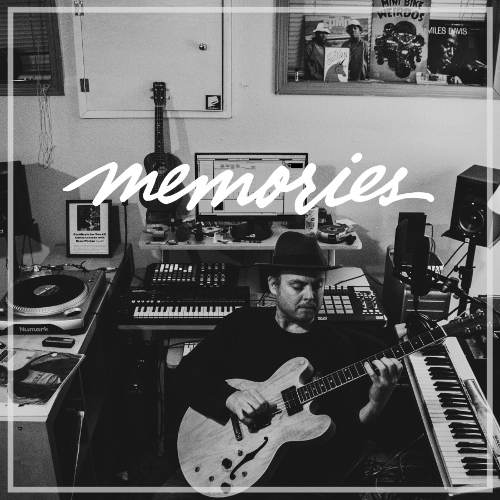 Cedar Rapids musician Ryan Phelan has been a mainstay on the close-knit music scene there for years, from beloved jam band Dr. Z’s Experiment to fresh effort Young the Lion. So it’s no surprise that on Memories, his solo effort released last month, he draws on the wide array of Cedar Rapids talent for an album filled with guest appearances, varied genres and local hat tips. It’s all set over the loping ramble that is Phelan’s instrumental style: part jam, part jazz, part progressive — and all entrancing.

More than anything, Memories feels like an invitation to an extended in joke. It’s hugely referential but never alienating — like being included as a stranger in a warm and welcoming family reunion. Phelan is sharing a part of himself with the listener here. In the liner notes, he calls the album “an expression of all the things I cherish and love about music,” and that is evident on every track, as he shifts seamlessly between styles, weaving together input from top-notch artists.

Stylistic stand-out tracks on the album include the country twang of “Rope and Ride,” which features vocals from Luke Viertel, the blues-tinged “New Bo Jackson,” a six-and-a-half minute lazy ride, and title track “Memories,” a folksy tune approaching Americana, featuring the outstanding Natalie Brown on violin. The three should be on entirely different records, except for the through line of Phelan’s precise and thoughtful guitar, which links them inextricably. His playing is unmistakable.

The album opener, “Purple River,” is a trippy and experimental instrumental, one of four tracks that are all Phelan. The playing on all four, as throughout the album, is joyful and fantastic, and the instrumental tracks really highlight the excellent mixing on the album (courtesy of Cedar Rapids’ Gmix East, a studio and artist development company helmed by area phenom Gerard Estella). Track 12, “Bad Man,” is the perfect counterpoint to “Purple River,” a jazzy, exploratory tune that has as much to say in its eight minutes as any of the lyrical offerings.

Memories is a lot of fun. It is undeniably a love letter to music, but, more specifically, to Cedar Rapids music. Phelan has captured a time capsule of the city, and there’s no doubt he’ll be creating new memories there for years to come.