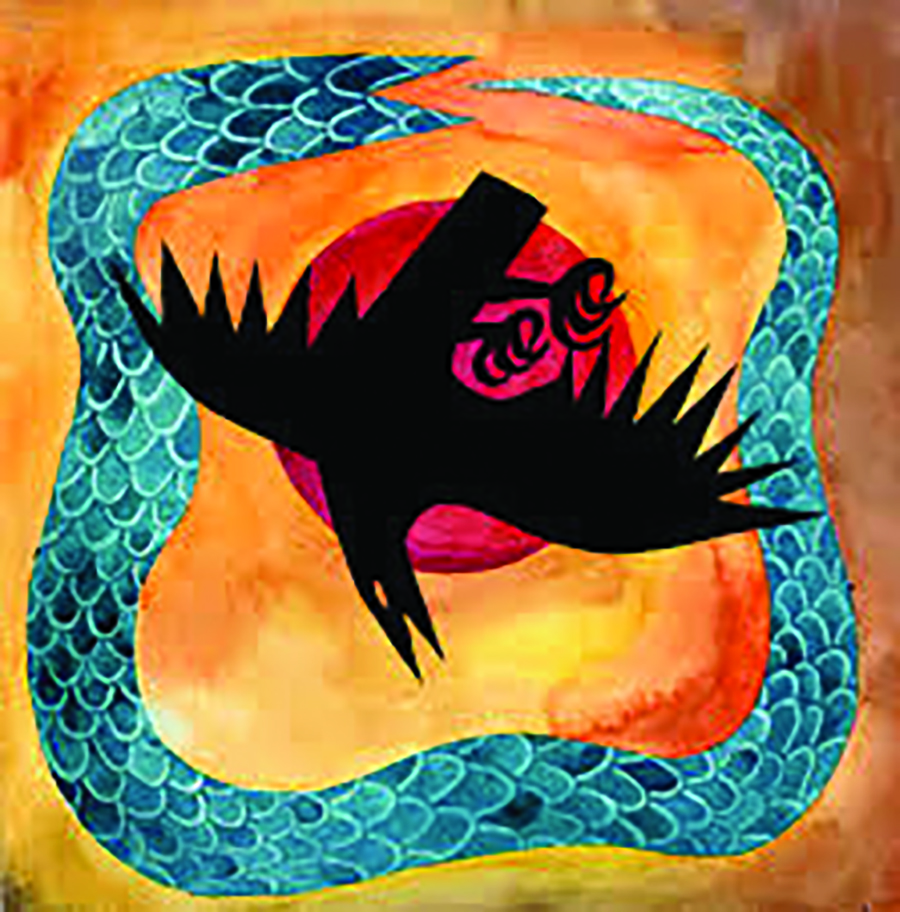 Paul Cary makes raggedy, broken music. His guitar sounds are dirty, distorted and low-fi. Drummer Johnathan Crawford sounds like he’s banging on a briefcase. Cary’s nasal voice puts the mixer in the red, surrounding every accented syllable with a cloud of fuzz.

“Snake In the Grass,” the opening track on his 2020 release, Raven, drips with menace. It starts with a simile — “I’ve been waiting like a snake in the grass, waiting for this mess to pass” — that gets more literally snakey as he sings, “I can smell with the tip of my tongue, don’t have to see shit I can feel it coming on.” The downtempo backing of electric piano and guitar somehow brings to mind both the alt-country sound of Wilco and the fuzzy, relentless chugging of the Velvet Underground.

On “Ginger,” Cary’s voice alternately snarls and yodels, set against echoing synth strings. Every guitarist learns all the pentatonic blues riffs growing up, but he wrings something deep out of them, something that leans in close to you. The doubled acoustic and fuzzed-out electric guitar parts slink around inside the cage of the primitive drumming.

Title track “Raven” is an instrumental, constructed around a rising and falling modal melody and an octave-jumping rhythm pattern on the low strings of his guitar. The lack of a lyric does nothing to diminish the disquieting emotion the song conveys. Again he doubles bright acoustic picking with a darker, fuzzed-out guitar. Once you hear that sound, you want to hear more of it.

“Just Walkin” revisits a common trope of Americana, the lone figure walking. Think Johnny Cash’s “Walk The Line.” This has the same chords as Lou Reed’s “Heroin.” But Cary always adds his own twist that elevates it from the familiar. His lonely walker sees others who are together, but just as lonely: “I see couples not in love bound by fear of the unknown.”

“82nd Avenue” is a peak moment on Raven, sounding a bit like Krautrock, with repetitive guitar, organ and drums that drive the song like a locomotive. About halfway through, some frenetic, atonal cello kicks in, illustrating one of Cary’s best qualities: The songs start out good, but just when you think you’re onto his game, he goes deeper and weirder.

The album closer, “Possum,” plays an unadorned acoustic guitar against Cary’s voice drowned in reverb. It rubs weird against your ears. The guitar sounds like your brother sitting on a bed strumming, but the vocals sound as though he’s singing from the bottom of a well.

This is not devious or tricky music. Cary writes traditionally structured songs, and the band’s sound is utilitarian, simple and grimy. Some artists are satisfied to do that well and leave it at that. Cary goes beyond by finding unexpected left turns to take while everyone else would keep driving straight. On Raven, Paul Cary makes the unexpected feel inevitable. You can’t really ask for a more unsettling yet pleasurable listen.