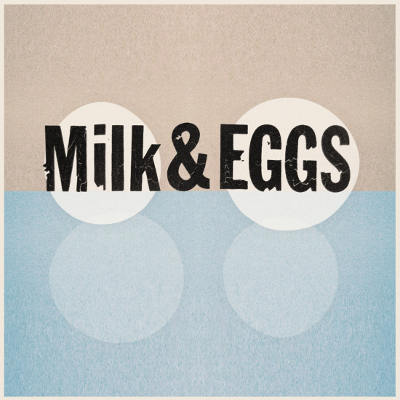 Milk & Eggs is Jordan Sellergren, who has only been performing for a couple of years. But judging from the quality of her songs and the poised, yet vulnerable way she sings them, she’s been working on music in private for much longer. Her eponymous debut is deeply rooted in the acoustic folk tradition. Though her songs sound old as the hills, they’re all her own work.

There’s two ways to make popular music: You can try to catch the wave of the currently fashionable, using the latest computer tricks and hairstyles to be in the moment, or you can explore a well-established tradition to see if its conventions free you to find your own voice. Ms. Sellergren chose the latter, transcending the well-worn path of folk music with songcraft and a quiet voice that makes you lean in close to make sure you hear every note.

She, like Will Whitmore, sounds older than her years. In “Conscience Cold” she sings “I guess this is what happens when you get old, wide awake with your conscience cold.” In a few repeated phrases she captures the essence of late night regret for things done and left undone.

What I find less appealing are the more conventional songs like “The Wind In The Trees” and “Back on the Run.” They’re good enough songs, well performed. They might even be the songs most likely to connect with listeners. But they lack the homemade, day dreamy quality of the best song on the record.

They lack the off-handed originality of “there’s a space in your mind and you want to fill it so bad every time you try and think you cry” from the album opener “Fall Down Bitter and Die.” Sellergren’s best songs sound like the music you hear in your head on the cusp of falling asleep, or the ones you hear on a late night drive fading in and out of the static, heard once and never heard again.