Land of Blood and Sunshine

Lady and the Trance
www.cartoucherecords.com 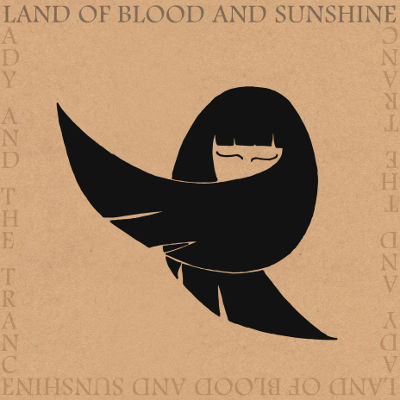 Lady and the Trance, the upcoming release from Marshalltown’s Land of Blood and Sunshine, is the kind of record that you don’t ever want to end.

Coming close on the heels of LOBAS’ last release (last January’s Aeons), this new record, which drops Jan. 15, is a wonderful next step in the band’s upward trajectory. This six-member group (comprised of founders Joel Downs and Nicholas Beard, along with Bo Becker, Garrett Goodman, Bryan Leger and Danielle Downs) was formed in 2008. Each of their albums, beginning with 2009’s Magick Carcass Ride, has had an inescapable rollicking flow — a persistent sense of movement that propels the listener along.

On the aptly-titled Lady and the Trance, however, that flow simply doesn’t stop. It’s a challenge even to single out individual tracks for credit or criticism; this is an album best suited to listening on repeat. It’s got the slightly more polished sound that LOBAS has been angling towards over the past couple of records, without losing the legacy of lo-fi fuzz that keeps their work determinedly otherworldly.

Watch: Music video for “The Gardeners”

Although the bright, poppy bounce of “The Gardeners” and “Bringing Back the Dinosaur” stand out against the overall tone of the album (the latter has echoes of Jack Johnson’s cover of The White Stripes’ “We Are Going to be Friends”), they are more like detours than digressions. They offer a respite from the persistence that is welcome, though unexpected, while still moving inexorably forward.

The slow roll of “Lion Bearing Wings” and the dancy, driving “Meteorist” are the twists and turns of this record that I love best. But even those tracks are strongest as part of the whole. LOBAS has crafted a lovely continuity that both leaves you wanting more and inevitably rolls back into itself. When you reach the end, there’s nothing for it but to start again at the beginning.

This article was originally published in Little Village 190.