Say It With Your Mouth
www.holywhitehounds.com 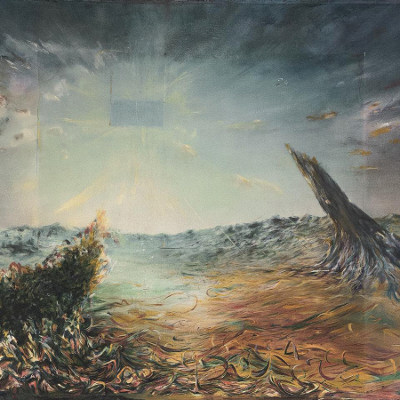 Des Moines band Holy White Hounds are back with their second album. Say It With Your Mouth picks up where their 2016 album, Sparkle Sparkle, left off. Producer Brandon Darner, who produced that first record, is back at the helm as producer. Darner’s ability to make bands and their songs explode out of the speakers makes him a go-to producer in the punky post-grunge space, and Holy White Hounds anthemic, bombastic songs pair comfortably with ones from bands like Foo Fighters and Queens of the Stone Age.

From start to finish, this album is an adrenaline-fueled machine ready to spin out of control. Every passing song adds to that fire, but the melody and hooks keep things from heading completely to the ditch. My favorite track on the album, “Perpetrator,” is instantly recognizable as the Holy White Hounds. The chorus is the anthemic hook bursting brightly out of a gathering storm of chugging bass and guitar riffing.

I hadn’t heard of the genre “post-grunge” before I started looking at bands like the Foos — it refers to the current bands that are the second wave of grunge, and I think it applies to Holy White Hounds. The guitars and vocal style of Brenton Dean on Say It With Your Mouth owe a bit to Nirvana in places, more so than on their first album.

Nowhere is this influence more evident than track 11, “Tracy Free.” The three-chord assault of bass and guitar couple with Dean’s forced vocal bending to deliver his message of alienation.

“Company, company is what I need, but we don’t belong,” Dean sings, and, “Sometimes I feel myself slipping away. Sun shines but I can’t feel a thing.”

Maybe the ghost of Kurt Cobain resides at Pachyderm Studios in Cannon Falls, Minnesota, the studio where Nirvana holed up in the snowy February of 1993 to record their last album, In Utero, and where Say It With Your Mouth was also recorded.

The news has been filled with reports of sales of guitars dropping as popular music takes a turn away from the use of them. It would seem that with bands like Holy White Hounds making powerful guitar rock with hooks that stick in the listener’s head, there’s a chance that they’ll influence the next round of guitar heroes. Let’s hope.

This article was originally published in Little Village issue 255.