we will will you
www.hardihar.com/ 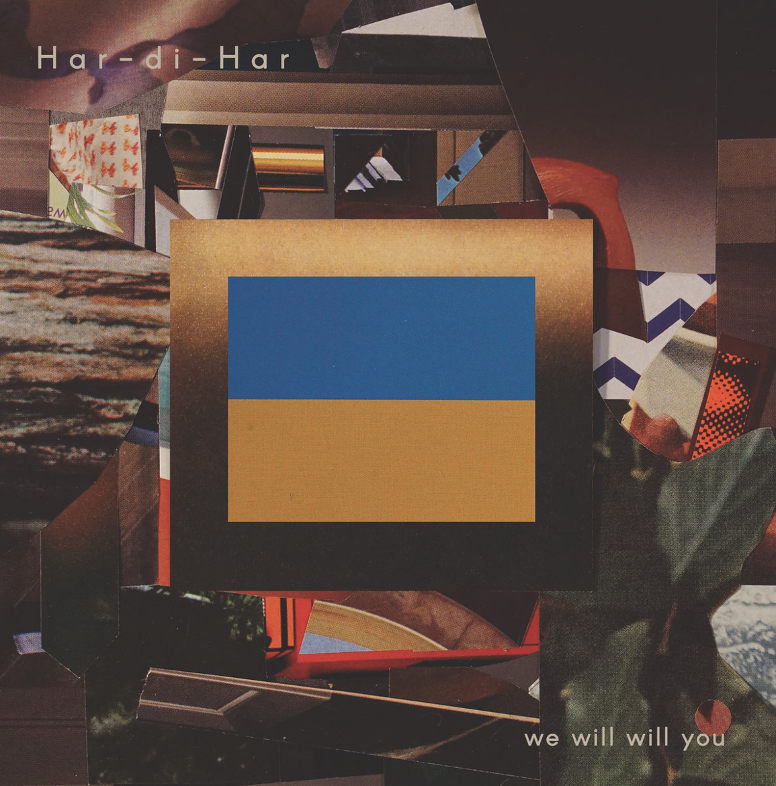 When Julie and Andrew Thoreen, formerly of Cedar Falls, started work on their newest (and first full length) album as Har-di-Har, we will will you, it was on the heels of an uncertain time in their lives both as a band and as a married couple. In their press release, they say the songs were written during a “season of separation.”

But, uniquely, the album isn’t about their separation as couple and band but rather the subtly uncharted part where they consider coming back from it. The band goes on to describe the album as a record that “invites us into the process of re-commitment.”

What Har-di-Har has created is an impressionistic, emotions-laid-bare illustration of the mental wrestling about coming back together. The lyrics and vocals move between cautious optimism and doubt. In “It Held Me,” Julie sings: “Once/you held me/made me greater than what I thought and/you don’t know it.” In “We Must Stand Up,” Andrew sings: “My friend/our knuckles/are bound together.”

You can let the music wash over you or can lean into it, focusing on the fancifully fussy assembly of the songs. The textures of horns, keyboards and bass guitar supporting close harmonies at times recalls Stereolab’s Dots and Loops. The foundation of ticking percussion—looping, repeating, building and disintegrating—artfully captures the occasional disorientation of doubt. Songs break down into two or three parts and then build back up into many layers. There’s a lot going on upon close inspection.

Do Har-di-Har make it? Are these hymns to healing or a parting psalm?

The answer may lie in the finale, “A Love Movement,” which sounds like a Brian Wilson outtake, capturing the beautiful longing of “Surf’s Up.” Spare tinkling piano, washes of horns and distortion; their soaring vocals building and swirling together: “This is what we’ve longed for in friendship.”

Har-di-Har came back together and, in sharing their personal conflict, created a concise and masterfully crafted record with we will will you—one that sets the bar high for their future releases.

This article was originally published in Little Village issue 230.