Drying the Eyes of the Goddess of Gloom, Underneath the Stars and the Moon
www.gloomballoon.com// 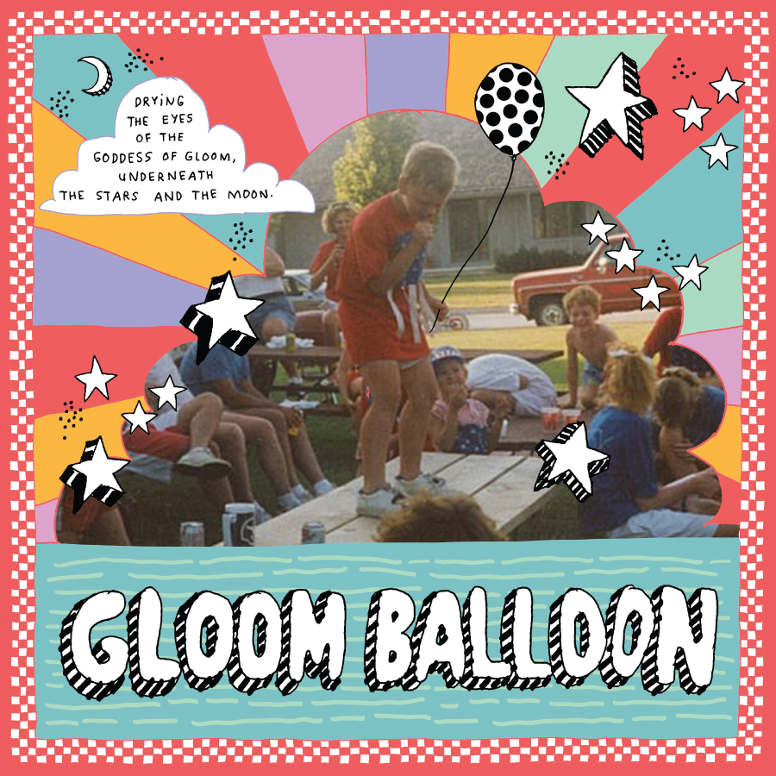 The songs on Des Moines band/project Gloom Balloon’s sophomore album, Drying the Eyes of the Goddess of Gloom, Underneath the Stars and the Moon were inspired by life-changing events of falling in love and the birth of Patrick Tape Fleming’s son Nilsson (who makes an appearance on the opening track, “Password”). During an in-studio interview in September on Ames alternative radio station KURE, he refers to the songwriting process as opening up a magic stratosphere. These songs form a song cycle that is a letter to his son: “The majority of the record is about falling in love … it’s me telling him that’s all that really matters in the world.”

But, living up to his own moniker as the Gloom Balloon, he would be remiss to not share love’s attendant darkness. In “The Shit You Put Me Through,” he declares to a past love, “If I could put you through/the shit you put me through/you’d understand that it’s hard to be in love.”

Drying the Eyes owes a lot to the sonic ground broken by Gloom Balloon partner Christopher the Conquered’s 2016 album I’m Giving Up On Rock and Roll, which Fleming produced. Drying the Eyes shares a huge, bombastic sound laden with strings, horns and vocal chorus. The album was written largely on piano, which would seem to contribute to the complexity of the compositions. Overall, the album’s reliance on themes and groupings of songs together props the album up in cohesiveness, reminding me of Flaming Lips circa Yoshimi Battles the Pink Robots. The harmony vocals on the album at times act as a sort of Greek chorus, providing commentary — like in “Password,” when Fleming sings “And I’ll come running to you” and Ford rejoins “Oh fuck yeah…”

Fleming has said in recent interviews that Drying the Eyes might be his last album, as he plans to focus on his new role as father. If that’s the case, then this album is a crowning achievement: an album with a cohesive theme wrapped in dramatic symphonic rock. I suspect, however that the stratosphere will open again with songs for the taking, and we’ll get more Gloom Balloon.

This article was originally published in Little Village issue 232.