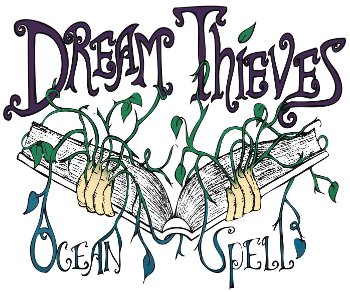 While Americans were going nuts for Blondie, The Cars and a plethora of other skinny tie bands in the New Wave ‘80s, an underground scene sprang up in the U.S. and Europe, centered around the use of the then-new synthesizers and drum machines. Gary Numan, Depeche Mode and New Order were the commercially successful tip of the iceberg, but many other bands never broke out of their local art and music scenes. Recent re-issues, like The Minimal Wave Tapes compilation from Stone’s Throw, and Camino Del Sol by Antena, are at last exposing the wider world to this music.

Thus, Dream Thieves is almost perfectly optimized for this post-modern moment, standing on the shoulders of just the right giants to maximize their cool. But that would only amount to surface sheen without great songs. Ocean Spell contains nothing but.

On “Upside Down,” frenetic drums and soaring synths couch an enjoyably devious vocal melody. The title song builds up from spacious dub echoes into a full-on wall of sound. It’s the kind of deeply emotional dance-pop that New Order seems to have forgotten how to make. Ocean Spell is both dreamy and danceable, which has always been a perfect combination.