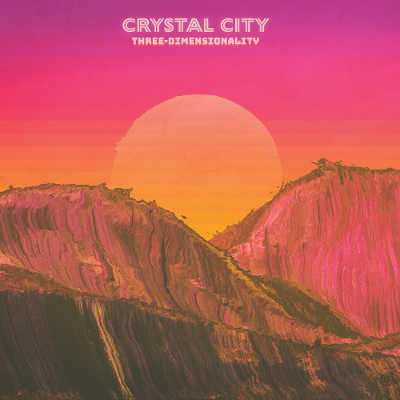 Crystal City’s first two albums — Change (2014) and Bartenderly (2017) — drew from Paul Westerberg’s playbook. They shared his penchant for ramshackle punk and glistening, soaring pop — the electric and acoustic, the sad and hopeful.

The reasonable expectation would be that the band’s new album would continue this direction. But somewhere after leaving the bar following the last album, Dave Helmer found new inspiration.

The title track opener showcases the amazing guitar production evident throughout: big, big chiming guitars with oodles of chorus effect, layered over strumming acoustics. Helmer and Drella are singing in unison. The song is a glance back at an earlier time that was all carefree possibility: “We left that summer thinking that we’d grown up.” But the sobering cost of that becomes apparent with the verse, “We’re working really hard and we’re always so alone.”

The high points involve the new sonic directions the band is trying out. “Fairfield” is a 1950s country swing-styled song led by piano, complete with a wonderful whistling solo and pedal steel — a really nice departure in the middle of a record where the band is stretching its legs. “Searching For You” is a breezy, gorgeous track that approaches a Steely Dan sound.

The album wraps up, unexpectedly, with a jazzy piano song. The clean guitar and fretless bass slinks around some light vamping. Dan Padley (of Laranja and Elizabeth Moen’s band) plays effortlessly through some modal changes, locking him in my mind as one of the area’s great guitarists.

The songs on Three-Dimensionality are less about literal storytelling than providing impressions of feelings and ideas. This may be what Crystal City means by the title: time to move from being obvious and two-dimensional to working towards a three-dimensionality. This album shows that kind of depth.

This article was originally published in Little Village issue 262.