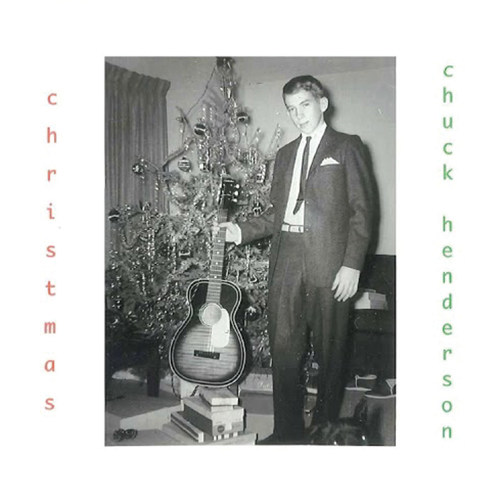 Dear readers: For the purposes of this review, I broke one of my personal cardinal rules. I listened to Christmas music before Dec. 1.

Chuck Henderson’s Christmas, despite the name of the holiday gracing the title of the disc and included in seven of the song titles (if you count Christmas Eve and Xmas), is a Christmas album only inasmuch as it collects songs written about the day. It’s not cloying or common or overly familiar. There’s only the briefest of nods to the traditional, and the songs that sound the most Christmas-y are the ones with tongue planted firmly in cheek (“A Very Funky Christmas” could easily stand strong in the company of “Grandma Got Run Over by a Reindeer”).

None of these songs will have you competing with your friends to see who can go the longest without hearing them each year. (I’m sure Mariah Carey “regrets” “All I Want for Christmas is You” all the way to the bank—but some part of her has to cringe at the start of the holiday season just like the rest of us.) Rather, they are plain good playing and writing that almost feel like they touch on Christmas by accident, through honest storytelling. Album opener “It Almost Feels Like Christmas,” in its aching (but not maudlin) melancholy ranks with Joni Mitchell’s “River” and Casiotone for the Painfully Alone’s “Cold, White Christmas” for laying bare the holiday reactions we’re not supposed to talk about.

Henderson is a long-time Iowa City staple who’s name comes up with the likes of Dave Moore and Catfish Keith. He’s been playing for years, and his skill is on full display on this record. It’s a Christmas album for folks who dig traditional Iowa folk and blues, especially in its songwriting and philosophy.

“Start spreading the news/that those Muslims and Jews/can come to the party this year,” Henderson sings in “Let’s Put the X Back in Xmas,” a tune with a tinge of honkeytonk that also namechecks “weird Unitarians,” “all you heathens,” and more. “Little Jesus was only a baby/And maybe he was who he was/But if you’re keeping score/we never started a war/in the name of old Santa Claus./I can’t find one goddamned good reason/to spoil this season of holiday cheer/So let’s put the X back in Xmas/and celebrate each day of the year.”

Forget December. For this record, I’m in each day of the year.