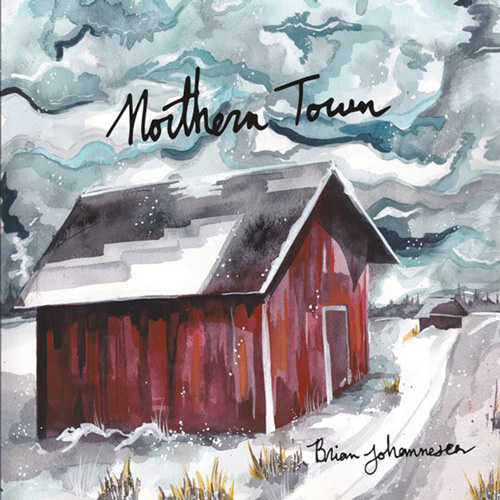 “Let’s go back to Maggie Valley,” lopes Brian Johannesen’s precision drawl at the outset of the opening track to his just-released Northern Town. Track two, “Cascade Mountain Nights,” embraces the chorus, “If I ever get out of Oregon …” Track three, “Two Hot Dogs and a Coke,” turns Johannesen’s adept storytelling skills to recounting childhood memory.

Northern Town is an album that is filled to the brim with longing. It’s in the lyrics, it’s in their delivery, it’s in the aimless drifting of the guitar lines and the determined dancing of the keys.

It’s track five, though, that makes you really sit up and listen. “Easier” has some delightful wordplay and imagery, but what stands out most about it is that it’s the album’s first turn away from a wistful, restless sort of longing toward a distinct target. It’s focused and deliberate in a way that shifts the entire tone of the record — gives it a lift. Gives it, and the stories it tells, direction.

From that point on, the album is more introspective, more revelatory — even as it continues telling stories from widely varied perspectives. When it slows down again, for the final, distilled energy of “Kingdoms,” the wistfulness of the earlier tracks is nodded towards, but not indulged. It’s poetic in its distance, Wordsworth’s “emotion recollected in tranquility,” rather than the visceral need evident before. “Kingdoms” is the heavy sigh of a conclusion reached.

But the thread of longing holds throughout. Johannesen’s key strength is in building the echoes of that lyrical longing into the melodies and instrumentation. Half of the storytelling is in the music. There is never a bad time to use David Zollo’s masterful keys, and their strategic deployment on this record is simply delightful. Randall Davis’ pedal steel on “Kingdoms” is another standout in an album filled with fantastic arrangements.

Northern Town has a wonderful arc to it. The songs tell some great stories, but the story that the album as a whole tells is just as compelling. There’s a homecoming hidden in there, if you listen for it, and also a bit of the wisdom that tells us that finding the way home doesn’t always mean an end to our searching.

This article was originally published in Little Village issue 221.