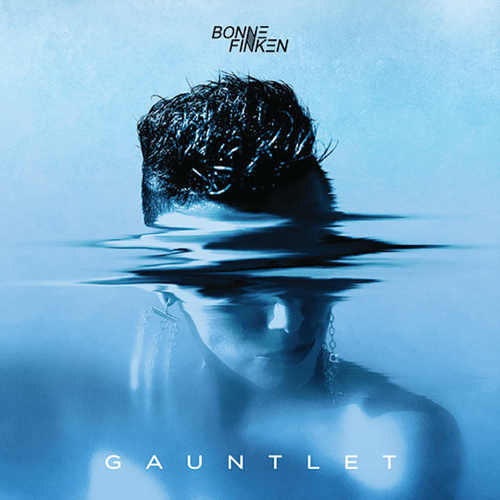 Sometimes, a short, powerful album free of forced lightness is exactly what you need. Bonne Finken gives just that. Her junior album tells the artist’s truth — no sugar, no cream. Gauntlet, out July 5, is refreshing in its bitter yet hopeful honesty.

Finken has all the makings and skill of a great rock vocalist. Her gut-wrenching low range melds seamlessly into pleading high notes. This is nothing new — Finken’s move into a heavier rock sound is. Electronic ambiance teases over pounding rock rhythms; these sounds seem to be the only hint left of Finken’s pop-rock beginnings. Even what’s left is very different.

Finken is building a whole new world on this album, filled with castles and heartache and church choirs. In “Someday” and “Warning Signs,” the touches of eeriness pair well with the rock-and-roll vibe. The same can be said of the hauntedness and religious undertones. “Silver Skin” broaches the territory of her pop roots, but contains a cinematic-level build up that is a joy to move through. On Gauntlet, Finken has hardened the edges of her music, but at the heart of her powerful verses she maintains vulnerability. That is artistic prowess.

Finken states in her website bio her goal is to “present the sounds in her head.” Gauntlet allows the listener a step into the mind of this independent artist: a bold and unwavering step. Listening feels like sanctioned eavesdropping — sinful, yet rewarding. That feeling echoes the decadence of the music itself; think Bishop Briggs introduced to Evanescence. That level of female power play encapsulates Finken’s sound. Her resilience both in her personal life and in the male-dominated music industry shows through beautifully in her work. Finken is uncompromising in her message and delivery.

One can hear the influence of producer Matt Sepanic (of Slipknot) on the record. Sepanic seems to have nudged Finken into a more wholly rock sound. But despite having such a heavy-hitter behind the scenes, Finken’s calculated and determined approach never fails to maintain the forefront. The album is appropriately titled: Bonne Finken has thrown down the gauntlet.