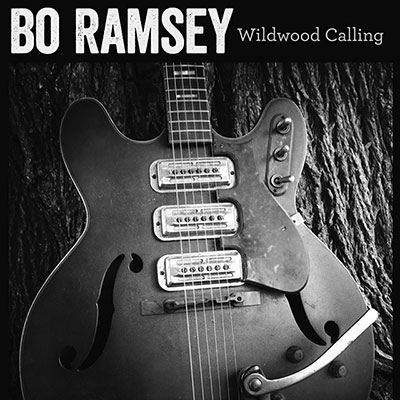 There is an adage in guitar circles that says, “Tone is in the hands.” In other words, the unique sound of a guitarist comes from how they play and not the gear they use. Nowhere is this more evident than with Bo Ramsey’s very distinctive guitar tone and sound — a staple in the country blues and folk scene in eastern Iowa, of which he was an early architect.

Ramsey’s latest album, Wildwood Calling, is his first since 2008’s Fragile, and his first all-instrumental album. This unexpected appearance of an instrumental album could be tied back to something he said in an interview with The River City Reader about the long process to make Fragile, “Songwriting is something I’ve worked at, and I’m not a natural-born songwriter. I feel like I’m a natural-born musician … I have to play the guitar and I have to make music to keep me sane.”

The songs on Wildwood Calling provide an undistilled perspective on Ramsey’s guitar, which is featured front-and-center, with the rest of the instruments providing minimal structure. None of the songs are overly long; most clock in at around two minutes.It seems less like an album and more like a collection of guitar sketches representing Ramsey’s unique musical stylings. There are bits of American Primitive fingerstyle folk, a la John Fahey and Leo Kottke, on “Sky Light” and “Come On Back.” Fingerstyle blues recalling Skip James and Leadbelly shows up in “Jump n Run” and “Flip Top.” Songs like “Across the Field” and his two-part tribute to Prince, “Fly On (Parts 1 and 2),” have the atmospheric folk wash present like his works with Pieta Brown and The Pines.

Waving fields of corn, the dust off a country road, the respite that cicada-filled nights bring from muggy summer days: All of these have always been set to the tone of Bo Ramsey’s hands, whether on his own albums or when he plays as a sideman. In this way, Wildwood Calling is another new soundtrack for an imaginary film set in Iowa.