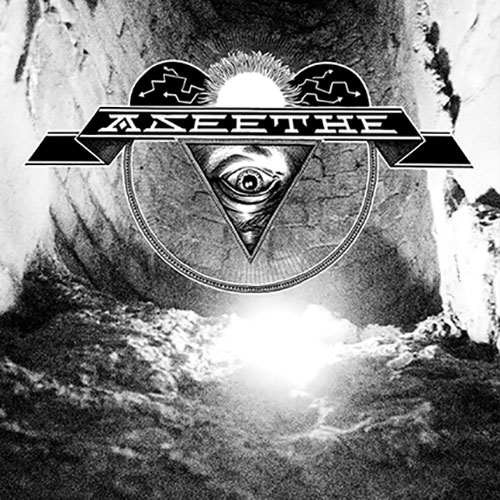 With its debut full-length, Reverent Burden, Iowa City drone metal outfit Aseethe finally has enough wax to stretch out and show their stuff. The album is comprised of two mysterious, side-long pieces on a vinyl, without track titles or even clearly marked a or b sides.

Aseethe opens the longer of the two epic cuts with a four-plus minute display of eerie, aural horror. Metal clacks and clicks, like tree branches against a window pane, as the faint buzz of guitar feedback swells and retreats through a bed of electronic hissing that floats on the mix like fog on the moors. Just past the four minute mark, the fog seems to lift, but just for a brief moment. The trio attack their instruments with the plodding, hypnotic crush of the tide slamming against a rocky ridge.

The second, shorter piece — a relatively lean 12-minute catacomb-rattler — packs more punch than its longer partner. Though an equally mesmerizing dirge, the composition of the second track is more complex. The riff which carries its first movement, providing a backdrop for ethereal squeals of guitar and vocal howls, adds just a little swing to the stomp. The bass and the drums not only get beaten to hell but they also have a bit of melodic direction. The second movement draws out the drone of each mammoth crash. Aseethe bleeds each towering crunch of its last ounce of sustenance before unleashing another bash.

The third movement is the biggest stand out of Reverent Burden. After bleeding every decibel out of one last chord, the vocals enter and the most forceful and propulsive riffage of the whole album commences. It’s a relentless, mid-tempo attack fortified by the splash of cymbals and clamber of snare and tom beats, punctuated with deathly howls and searing flashes of guitar. After nearly a half hour of being slowly pummeled, it’s one hell of a release to cap off the album.

John Schlotfelt is currently fighting the “blue screen of death” on his laptop; pray for him as he wages this epic, and almost certainly hopeless war against technology and his desire to not pay for a new computer.