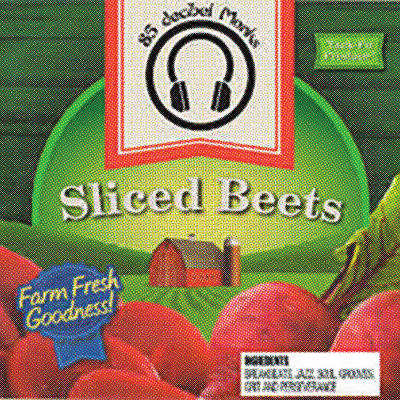 Tack-Fu’s story begins here in Iowa City as a dedicated Hawkeye and fan of music. As hip hop began to get more attention in the late ’90s, Tack discovered his true passion for the boards and later expanded his love for creating music into a production empire.

Fu, which Tack takes to mean a practice or a way, is the perfect umbrella for the musical genius behind everything Tack touches. Hip hop helped him take life experiences to the next level of expression. Mastering his own sound and performing locally helped him gain recognition from MTV and Nickelodeon. Since 1998, Tack has been cultivating the art of electric sound to successfully transform simple samples into mind-blowing instrumentals.

Tack’s production collective, 85 decibel Monks, released Sliced Beets late December 2018 on netlabel Dusted Wax Kingdom; it can be streamed at dustedwax.org. Tack is one of the few Americans associated with the site, which is based in Bulgaria. The record gives you everything you need for a complete and authentic cultural experience. The layers of instruments, drums and samples showcase the many connections Tack has made in his years of mastering and traveling the world.

The tape opens with an amazing noise test that only the real hip-hop fans can pass. Opening with drums on top of vinyl scratching sinks you into mixtape heaven. Smooth melodies quilt the ear drum on track three, “Dusted Work,” which features famous Canadian producer Mr. Moods and Orlando, Florida’s Erik Jackson. Their collaboration of ideas and creativity is a great way to lead listeners into the rest of the mixtape.

This project is short and sweet and gives you a vibe for every mood and setting. Each track is different and allows you to take a different journey. Track 10, “Breeze and 85,” is the perfect example of Tack’s mission to cultivate his sound. What I liked most is that each track is under the average three minutes for a song. The instrumentals are just long enough to capture your attention, enlighten your life and move on.

This article was originally published in Little Village issue 258.