By now, you’re probably making your naughty and nice list for whatever gift-giving activity might be part of your holiday traditions. Here’s a round-up of choice comics you should wrap up. 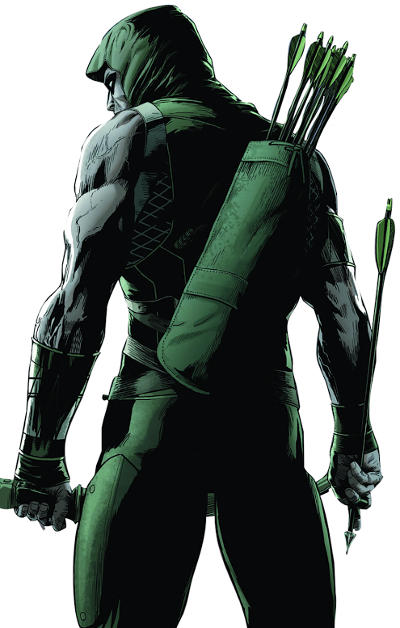 Benjamin Percy is best known as a novelist, and he brings his literary sensibility, which has always been spiced with plenty of genre fiction seasoning, to Green Arrow. Percy’s Oliver Queen is given to lyrical internal musings, but he switches from starry-eyed to steely-eyed when the arrows start flying.

Patrick Zircher has a knack for facial expressions, giving the characters depth in close-up. He also arranges panels effectively, adding drama or action to the scene in ways that always complement rather than complicate the unfolding story.

Percy and Zircher have moved Green Arrow in a grittier direction than previous incarnations, consciously adopting a tone likely to appeal to fans of Batman: The Dark Knight and Daredevil.

A great gift for: Your friend who only reads “literary” fiction and tut-tuts whenever you talk about comics. 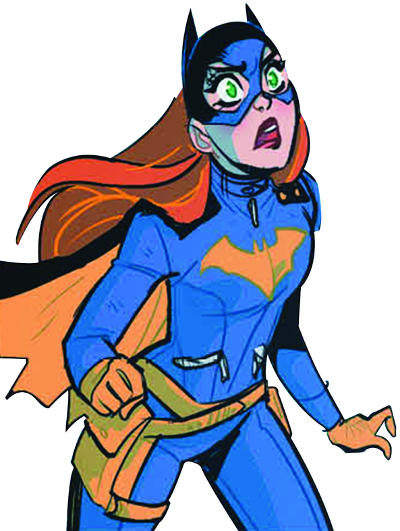 Controversy has followed Batgirl since the launch of DC’s New 52 universe. That has continued, and even amped up, since Gail Simone turned the title over to Cameron Stewart, Brenden Fletcher and Babs Tarr. The new creative team was accused of transphobia three issues in—a particularly unfortunate misstep since Simone had introduced a significant transgendered character.

The issue was altered and the new version appears in the Batgirl of Burnside collection. That’s a good thing, and not just for social justice reasons. The new take on Batgirl lifts her out of the darkness of the rest of the Bat- line and gives us a current, social-media savvy hero. It joins Gotham Academy (on which Fletcher also works) as a safer entry point to Gotham City.

A great gift for: The tweens and teens in your life who need a hero who may operate at night, but isn’t always mired in darkness. 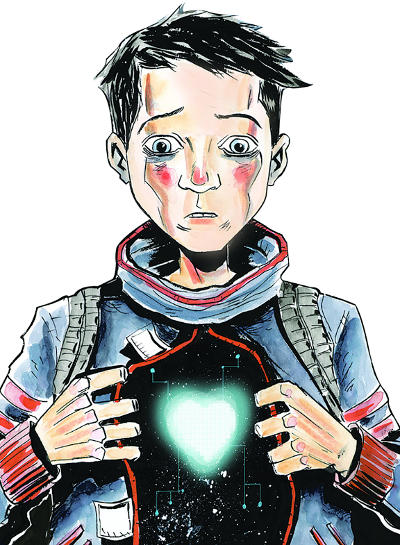 A boy robot who might be the key to understanding a multi-planet catastrophe—and preventing another—is the protagonist of Jeff Lemire and Dustin Nguyen’s space adventure.

Lemire’s script is well-balanced with plenty of action as well as quieter moments devoted to pondering the nature of life itself. The story is beautifully rendered in Nguyen’s watercolors, which offer up impressionistic moments as well as sharply focused images, bringing both sweeping panoramas and small, telling details vividly to the page.

With the fate of the universe apparently in the hands of an adorable child-sized robot, Descender may well star the ’droid someone on your list is looking for.

A great gift for: The Stars Wars fan in your life who won’t quit watching the new movie’s trailers frame-by-frame. 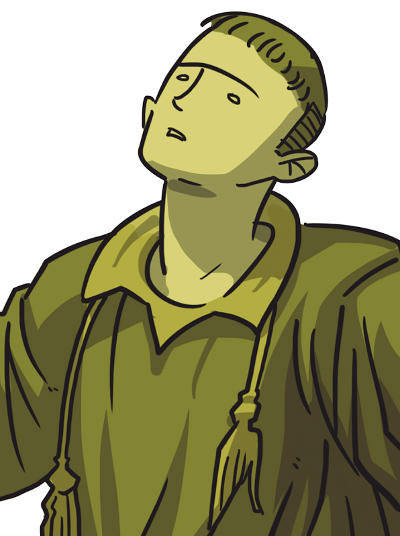 Sean Lewis and Benjamin Mackey, both graduates of the University of Iowa and longtime contributors to the local arts scene, have burst into the world of comics with Saints.

The series imagines Catholic saints in the role of superheroes, with the method of their martyrdom defining their powers. Saints isn’t necessarily going to appeal to those deeply invested in traditional spiritual or religious traditions, but the crime-horror series will appeal to those with a taste for snappy scripts and beautiful art.

The book is irreverent by definition and decidedly for adults, so don’t swap it out for your kids’ Sunday school materials.

A group of “non-compliant” women find themselves fighting the patriarchy from prison in Kelly Sue DeConnick and Valentine De Landro’s Bitch Planet. Brilliantly drawing from women-in-prison exploitation fiction and film—as well as stories in which heroes must win the day through some sort of athletic contest—Bitch Planet is populated with women who don’t fit neatly into standard and often sexist comics tropes (or costumes).

The book’s politics are writ large in every panel, but DeConnick and De Landro don’t skimp on the storytelling. Bitch Planet is a cautionary tale that calls to mind Margaret Atwood’s novel The Handmaid’s Tale, both in terms of its themes and its artfulness.

A great gift for: All the proudly non-compliant women on your list, and everyone who respects them. 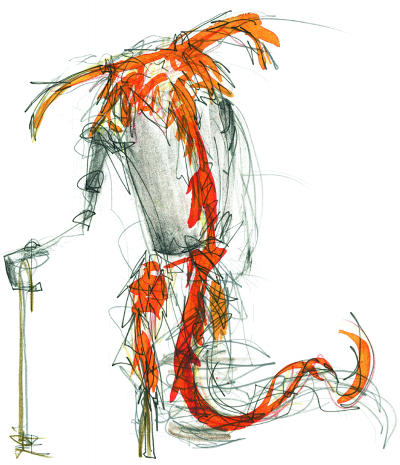 nAMUH is an epic tale of robots and monsters living separate lives on an environmentally altered world. Local artist Ryan Bentzinger’s opening chapter of the story is on display at the Cedar Rapids Museum of Art through mid-January, and self-published editions of the book will be available soon and can be pre-ordered now at ryanbentzinger.com.

Bentzinger renders his story in watercolor, and each painting has an almost unfinished feel—a rough and tumble-ness that underscores the themes of his story. There’s a mystery that drives nAMUH, but the story is also allegorical and forces readers to consider the potential consequences of a damaged environment and the unraveling of society.

A great gift for: The people on your list who prefer their art both fine and socially conscious, as well as those who are always after you to “shop local.”

Rob Cline seeks out the good and bad across the comics landscape as the Colorblind Comics Critic. This article was originally published in Little Village issue 189.