Iowa Writers’ Workshop graduate Garth Greenwell made the longlist for the National Book Award in fiction. His novel, What Belongs to You (Farrar, Straus & Giroux, 2015), has earned wide international acclaim and even received a separate UK edition. 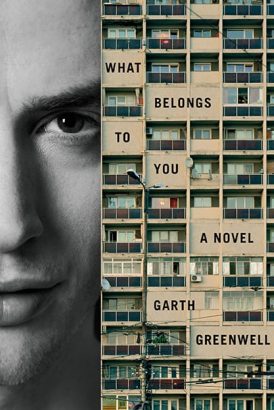 What Belongs to You follows the unlucky and complicated romance between an American high school teacher and Mitko, a young Bulgarian prostitute. The story’s voice, arranged as a prosaic triptych, drifts as the narrator has to come to terms with his present life in spite of trying to escape or repress his past back in the States. A lost-in-translation obsession continues to haunt him as he strives to establish normalcy in a land not his own, and, though the text finds spaces where light can be grasped and love reveled in, it is ultimately aware of the clear and saddening state of things.

His book is set to be published in Bulgarian, and Greenwell hopes that the book will serve as an object of hope to LGBTQ youth around the world, especially in spaces where non-heteronormative relationships are still deemed taboo.

“I’m beyond thrilled and so honored to be on a list with such extraordinary writers,” Greenwell says. “I’m also very happy to be spending a couple of weeks in Sozopol, a tiny town on the Black Sea coast of Bulgaria, where I can set down my phone and look at the sea and play with stray cats and try to think about the book I want to write next.”

See who else made the cut for the 2016 National Book Award longlist for fiction.