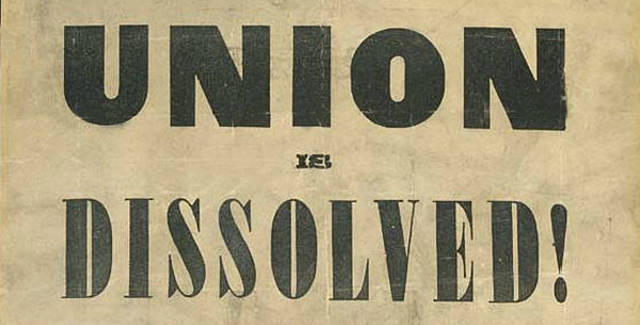 Man, what is it with Republicans whining about not getting everything they want, up to and including a pony for their birthday and a tiara? It’s like the party has been taken over by a bunch of 4-year-olds who insist their tantrums be taken as serious arguments. Who are the latest group of pouty monkey-howlers? Take it away, Washington Post:

[A] 49-year-old information technology consultant wants to apply the knife to Maryland’s five western counties. “The people are the sovereign,” says Scott Strzelczyk, leader of the fledgling Western Maryland Initiative, and the western sovereigns are fed up with Annapolis’s liberal majority, elected by the state’s other sovereigns.

First off, props to the Post for the nice “state’s other sovereigns.” That was a nice bit of snark. Anyway, yet another group of rural Republicans are sick and tired of their liberty being infringed upon by… well, fellow citizens who vote in democratic elections for folks who then pass laws through an open and transparent process. Clearly, this is the height of TYRANNY!

Ok, everyone, let’s cry collective tears for these poor poor souls who live in rural Maryland and are totally being oppressed by the big bad state government. These are the only people in the history of all civilization to live in a democratic place and be outvoted by people who hold different opinions. It’s amazing, because in every other state in the United States, every single person has always and everywhere agreed wholeheartedly with every decision made by all the elected officials at the local, regional, state, and federal level. We at Wonket surely felt this way throughout the entire Bush Administration. What is happening to these folks in Maryland is a unique, once-in-a-history-of-mankind event, so it makes TOTAL SENSE to create a brand new state. Seriously, just listen to the leader of the Maryland movement, Scott Strzelczyk:

“If we have more states,” he says, “we can all go live in states that best represent us, and then we can get along.”

Ahh, that’s the ticket. We just need moar buttsechs states! Poor Strzelczyk just can’t find a state where his views would be represented, because WE ONLY HAVE 50 GODDAM STATES ALREADY! Holy dickjoke batman, how many options does Strzelczyk need? If he wants to move, we hear that Dumbfuckistan is nice this time of year.

And while rural Republicans whine about all the big-city homo-loving, anti-dealth penalty, free-abortions-for-all-teen-sluts libruls making laws that allow goats to marry stop signs, what about all the city-dwellers in Alabama? Or liberals living in Kansas? Those motherfuckers haven’t had their views represented since, like, ever, yet for some reason there is no rush to set them apart to create a new state. Basically, the secessionist movement wants to move on from just gerrymandering districts to gerrymandering entirely new states. Each with two senators to represent their twenty or forty thousand citizens, of course.

Or, there is always the situation of the good citizens who live in Washington, D.C., who have their laws approved by Congress. And how many members of Congress are from DC? ZERO. Because shitheads like Michele Bachman surely have the best interest of DC in their hearts as the fly into DC on a Tuesday morning and leave again on a Thursday night. Yet the people of DC pay federal taxes, must obey federal laws, and actually have no say in any of those laws. WHAT THE FU.. [Editrix is forcibly removing Yr Wonket from this soapbox at this time.]

So here is out advice to Strzelczyk: spend your time searching the hinterlands of Maryland for the lost vowels, because clearly your last name is missing several. Also, too, quit whining about not having your voice heard. Write a letter to your elected official and be ignored like the rest of us that don’t have enough money to set up a superPAC and buy a Congresscritter influence.