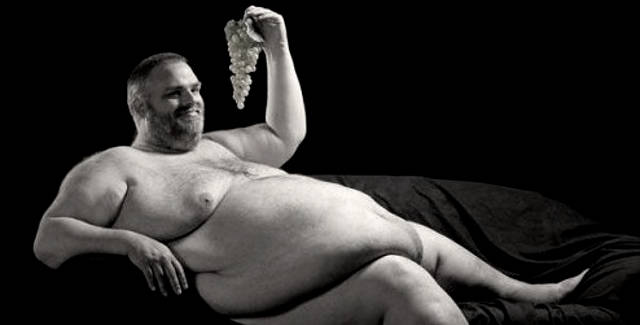 It has been some time since we have checked in on the work of Breitbart journalist de excellence Sad Lee Stranahan and his continued efforts to cobble together career-making stories from the detritus of American apartheid and institutionalized racism. Now Sad Lee has trained his scholarly firepower on another subject for a piece over at Dead Breitbart’s Home for the Intellectually Bereft, and hoo boy is it some fine journamalistic analysis, Sad Lee!

A little backstory: Next week journalist Stephen Jimenez releases The Book of Matt, an examination and re-evaluation of the circumstances surrounding the murder of Matthew Shepard in 1998. Everyone remembers the story: gay man goes into a bar in Laramie, Wyoming, and hits it off with a couple of guys who are secretly enraged by “gay panic” when he comes onto them. They lure him out of the bar, drive him out to the middle of nowhere, pistol-whip him so severely they crush his brain stem, and leave him tied to a fence in the middle of a freezing cold Wyoming night. He dies in the hospital five days later, having become a martyred symbol for the gay-rights movement. Fun times, we are sure we all agree.

Jimenez, a gay man himself, has spent over a decade covering this story and has turned up plenty of evidence that the circumstances of Shepard’s death are quite a bit more complicated. We won’t recap his evidence here; you can read that for yourselves in this piece at The Advocate or buy the book. Suffice to say, there is an excellent intellectual argument to be had over the way an initial media frenzy can shape our perceptions of a story, the appropriation of a person’s death as a symbol to advance a political agenda, the very nature of truth itself. That Shepard’s death might have fallen into the vortex where all of the above gets skewed and corrupted should come as no surprise to anyone who has ever heard, oh, just about any story ever written or told going back at least to the Bible.

But in the hands of Sad Lee and his cohorts at Corpse Andy’s Embalming Fluid and Coffin Warehouse, the standard way that people of all ideological stripes drive a point home by shaping a narrative in a way most advantageous to their needs becomes one more example of the radical left’s constant perfidy:

Because the lie is more effective. That’s all that matters in a culture that’s dominated by the leftist views of Saul Alinsky, the Frankfurt School, and the media machines of the mainstream media, Hollywood, and Madison Avenue.

There is no such thing as truth to the left. There are “certain stories” that can be told “a certain way.” The story tellers, whether they are artist or journalist, simply pick and choose which story they will tell which way depending upon whether it’s a “pivotal time.”

True! Kind of like the way a president might tell tales about inner-city welfare queens driving Cadillacs and young bucks buying t-bone steaks with food stamps in order to gin up the white rubes he needs to vote for him, or another president’s administration might sell a war by talking about babies being taken out of incubators and left to die on a hospital floor, or another president might talk about nonexistent weapons of mass destruction and support for terrorist cells to justify another war, or an entire cottage industry can spend a couple of decades ginning up bullshit stories about governors running drugs into their states or implying the suicide of a presidential aide was actually a ruthless murder or yap on and on about death panels and phony birth certificates and $200-million-dollar vacations in order to undercut and discredit the agendas of duly elected political opponents.

Oh wait, did those stories all come from Sad Lee’s “intellectual” cohorts on the right? Imagine that!

We’re not going to waste any more of our beautiful minds thinking about this jumble of sewage that passes for smart discourse on the right, except to let out one last howl of mirth over Sad Lee’s last paragraph:

The antidote to the progressive media command-and-control structure is to follow the Andrew Breitbart legacy of truth telling; harness the power of technology and new media to research the facts and use social media to share the truth with the world.

Yeah, nothing but unvarnished truth ever escaped the mouth hole of Dead Breitbart or the meth addicts charged with carrying on his legacy. We say that the antidote to the conservative media’s command-and-control structure is to follow the Wonkette legacy of snark and buttsechs, to harness Pony Power and use social media to share the truth of our purity of essence and natural fluids with the world.
Amen.