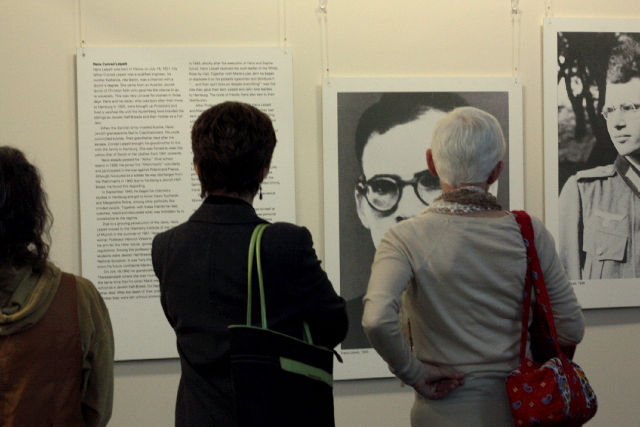 A variety of University of Iowa departments are joining together to spread the story of a non-violent resistance group in Nazi Germany.

The White Rose Traveling Exhibit will be on display at the UI College of Public Health Building at 145 N. Riverside Drive until May 30. This exhibit is free and open to the public from 8 a.m. – 5 p.m. on weekdays.

From June 1942 to February 1943, a group of University of Munich students and one professor anonymously distributed pamphlets around the city that urged Germans to oppose the Nazi regime. Eventually, six of the most prominent members were arrested and executed, including siblings Hans and Sophie Scholl. Today, the members of the White Rose are hailed as heroes.

The Weiße Rose Stiftung e.V. created the traveling exhibit to educate the public on the legacy of the White Rose movement. The exhibit consists of 47 different panels, which took several hours to hang in the Lower Level Atrium of the UI College of Public Health Building. Its sojourn in Iowa City is sponsored by several UI academic departments, Jewish institutions, and human rights groups. All of them have unique perspectives on why the movement was so important. 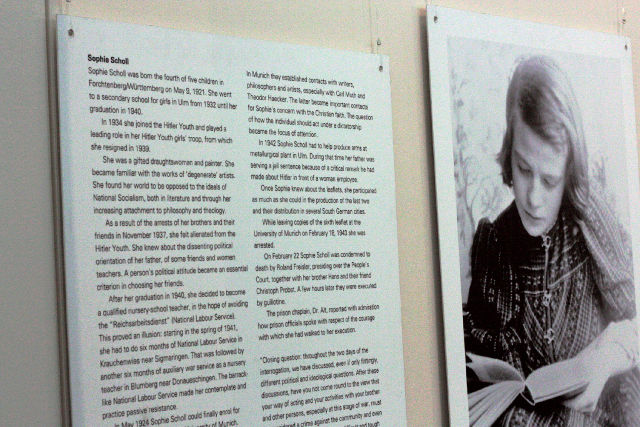 By hosting the exhibit, Dean Sue Curry of IU College of Public Health saw an excellent chance to emphasize the goals of the field. “I never miss an opportunity to tell people that social justice is one of our core values in public health,” she said. “Our dedication to social justice motivates people in this College to strive to improve the conditions in which everyone lives and thereby contribute to the formation of a just society.”

UI Department of History professor Elizabeth Heineman sees the White Rose Movement as an important indicator of what Germans knew about Nazi actions during the course of WWII. She explained that her students often ask her how much ordinary Germans “really knew” about the Holocaust, as if they only allowed atrocities to happen out of a lack of awareness. “This is a false comfort,” said Heineman. The second pamphlet, in particular, mentioned that 300,000 Jews had been murdered by the Nazis since the invasion of Poland. As Heineman noted, “The pamphlets challenged Germans to face up to what they already knew.” 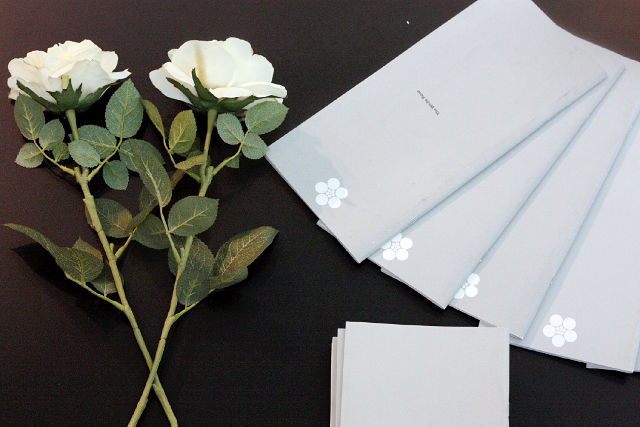 Stephen Gaies, the director of the UNI Center for Holocaust and Genocide Education, compared the White Rose movement to other youth resistance movements in Nazi Germany. Some, like the Swing Kids, took on anti-authoritarian stance that was more cultural than political. Others, like communist groups, were pre-existing political groups that had always opposed the Nazis. What made the members of the White Rose movement unique, Gaies said, was that they were “the insiders.” They were raised in ordinary families not targeted by the Nazis, had been members of Hitler Youth, and several had served in the military on the Eastern Front. They gradually realized the horrors perpetrated by the Nazis and decided to take action, aware that their opposing views could cost them their lives. As Gaies said, “These are the people whose lives help us to set our moral compass.”

Greg Hamot, the associate director of the UI Center for Human Rights, encourages parents to bring their children to the exhibit. “I hope you take in the exhibit as not just a distant event from the past, but as a thread in the fabric of the endeavor to dignify the existence of every human being,” he said. “A fabric that continues to be woven in the events of our lives today and will certainly continue well beyond our time on this earth.” 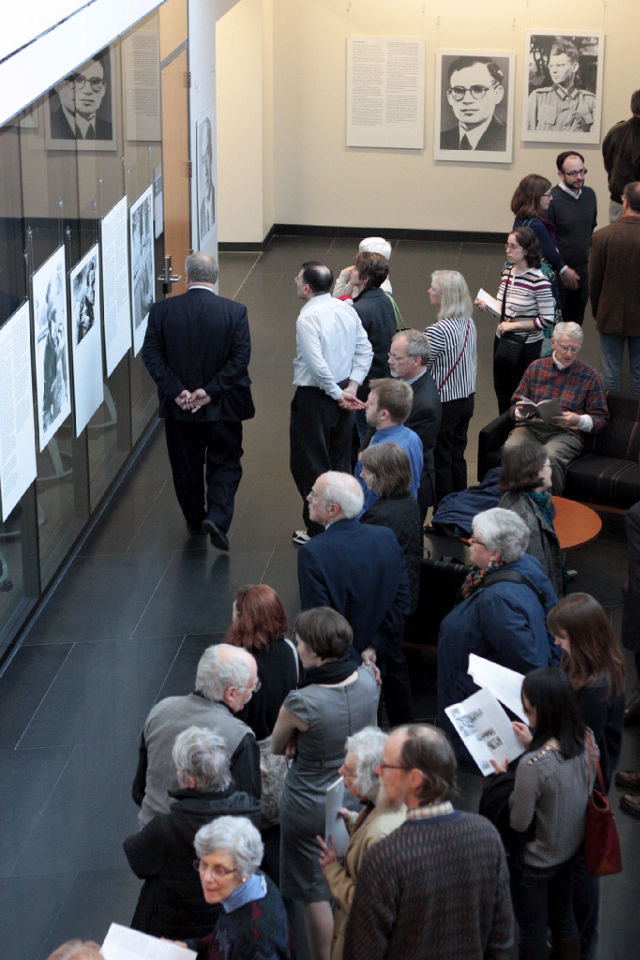