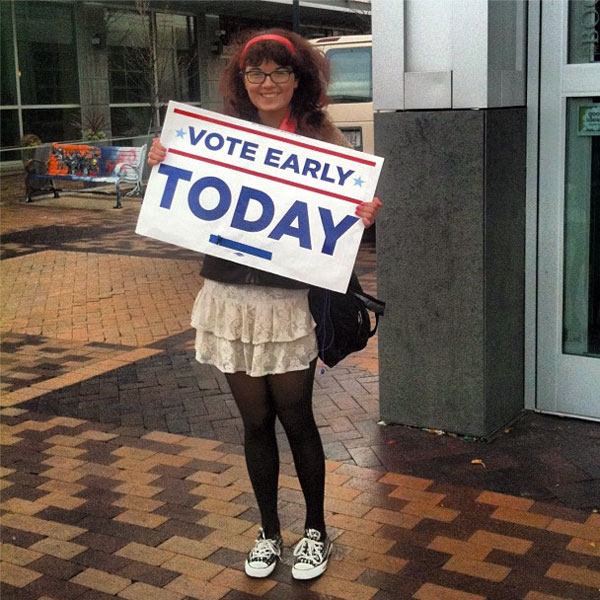 Mathilde Finnegan-Kennel braved temperatures dropping into the low 40s’ today to encourage early voting at the Iowa City Public Library. Ms. Finnegan-Kennel, a Political Science major in her Junior year at the University of Iowa, has been supporting the electoral effort for two weeks, apparently with great success. An upbeat line ran out the door onto the Ped Mall, with citizens waiting patiently for up to thirty minutes to cast their votes. 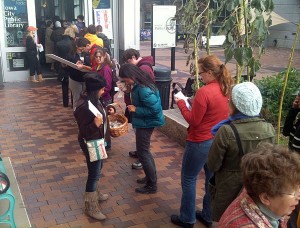 The Presidential race remains tight, with President Barack Obama holding a razor-thin edge over Governor Mitt Romney in most polls.

The New York Times 538 blog, the brilliant creation of sabermetrician* and statistician Nate Silver, pegs the national popular vote at 50.2% to 48.7% in favor of the incumbent.