We live in perilous times. As I write, the third history-making hurricane of the year, Maria, has, in the words of several officials, simply destroyed Puerto Rico. Chunks of Texas and most of Florida are still recovering from, respectively, the most extreme rain event in U.S. history (Harvey) and one of the strongest and largest hurricanes ever (Irma, which also broke the record for sustained Category 5 winds). A number of Caribbean islands are devastated, some even experiencing a one-two punch from among the Harvey-Irma-Jose-Maria quadfecta. 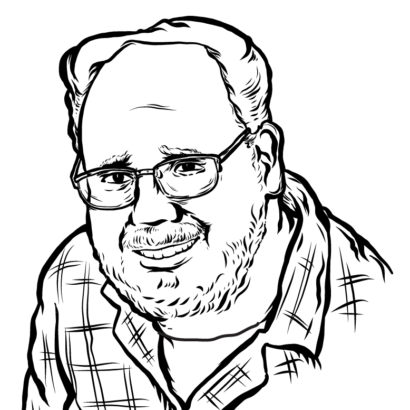 While it remains true that any one weather event cannot be directly attributed to climate change, the frequency of extreme storms and patterns — this unprecedented hurricane season among them — can. Many think extraordinary measures are needed to solve the dramatic challenges we face in the 21st century, including, and perhaps especially, climate change. Perhaps the opposite is true as well. Perhaps what we first need to do is embrace the mundane.

Our common definition of mundane is the ordinary, with negative connotations of boring and dull. Our current usage, as with so many words, has sucked much of the rich meaning of the word from it. A little etymology is always fascinating — and instructive.

The everyday, another common definition for mundane, carries some historical accuracy. According to the Oxford English Dictionary, we get the word in English most directly from the French mundain or mondain, which comes from the Latin mundānus. The basic meaning is worldly or earthly; that is, of this world, as opposed to the spiritual or heavenly. That original definition probably was more denotative than connotative, but even as time went on, the word garnered positive connotations. Even as far back as classical Latin, it could refer to a citizen of the world, a cosmopolite or to women’s dress and ornament, with the connotation of clean and elegant. In French, the idea was also applied positively to people, suggesting a pure, clean person who was noble and generous. It was also the Latin word used to translate the Greek kosmos, meaning the physical universe and its orderly arrangement, similar to our current English word cosmic.

So why am I talking about hurricanes never seen before in human history and the mundane? I’ll skip past the clean, noble and elegant connotations and cut to the heart of the original worldly meaning (with a dash of cosmic thrown in). Human arrogance is the culprit that has drawn the life from the rich meaning of mundane. In setting ourselves above the world — in a spiritual, intellectual, capitalist and sometimes even creative sense — we have turned the idea of the earthly into that of simple dullness. In so doing, we have also dulled our sense of belonging to the world, our deep connections to the beings and processes of nature, as well as our duty of care toward them. Connection is the prerequisite of care, and the mundane is the foundation of connection. When we lose our sense of mundanity —
our awareness of our presence in the world — we abuse the life and limits of the earth. When human superiority rises above mundus, its hubris fosters catastrophe, one example of which is climate change.

I have long advocated for an appreciation of the mundane, including understanding the significance and beauty of our everyday and ordinary lives. But that idea of the mundane includes many layers. Even if we’re talking about our daily routines, the significance and beauty of the mundane lie ultimately in the astonishing natural world that we will never fully understand but on which we depend at every moment. When we disparage the mundane — even in our language — we lose the reverence and wonder that inspires care for the earthly world. When we abandon that responsibility of care — even (especially) in the small patches of place where each of us lives — the oceans warm, hurricanes grow to monstrous proportions, Houston is deluged and Puerto Rico is destroyed. On social media, I saw many — often with gallows humor — conclude that Mother Nature or God was punishing us for recent political sins. On the contrary, while we as humans do not create hurricanes — or any other extreme storms and weather events — the frequency and fury of nature run rampant lie in our actions and not in spiritual vengeance. Harvey, Irma, Jose, Maria — they are our children, born perhaps of Mother Nature, even God, but raised by us and gone bad because of our neglect of the mundane.

We don’t have hurricanes in Iowa, but our worldly actions have created our own climate change phenomena. Earlier this year, we saw an unprecedented 12-inch rain deluge in northern Iowa; phenomena like this are only going to become more common. Much of the southern part of the state is experiencing drought, which also will become more common — a whiplash effect between deluge and drought. Even so, Atlantic hurricanes do impact our weather and climate. Our drought this summer was exacerbated by a long dry spell (even though the weather was gorgeous!) caused by the intensity of Hurricane Irma blocking the weather pattern that happened to be over us.

So let’s reclaim the mundane. Embrace our responsibility and connection to the earthly, and perhaps we can halt some of the destruction we are raining down upon this world. That’s hardly a dull, banal thing to do.

Thomas Dean strives to be as mundane as he can be. Illustration by Blair Gauntt. This article was originally published in Little Village issue 229.