The Haps: June/July 2010 ~ Well, underage kids: The party is over. June 1st is here, and depending on who you ask, it means either the end of live music as we know it or that things are going to be basically the same. Only time will tell, I suppose, but I tend to agree with Will Oldham (a.k.a. Bonnie “Prince” Billy) who once said in an interview, “I figure kids are taking care of themselves for the most part, and I think the best thing we can probably do would be to make fake IDs more available.” Indeed! I got my first fake ID not to get into a bar but to get into a Wilco concert in Bloomington, Indiana, and as someone who has loved music from a very early age, I’m well aware of the plight of the minor. Still, let’s not forget that Iowa City will always have all-ages shows. Hell, we even have an all-ages venue (Public Space ONE), and more warehouse/basement gigs than you can count. For the near future, though, I’ll be sure to make a note of the age restrictions on any show that I cover in this column. 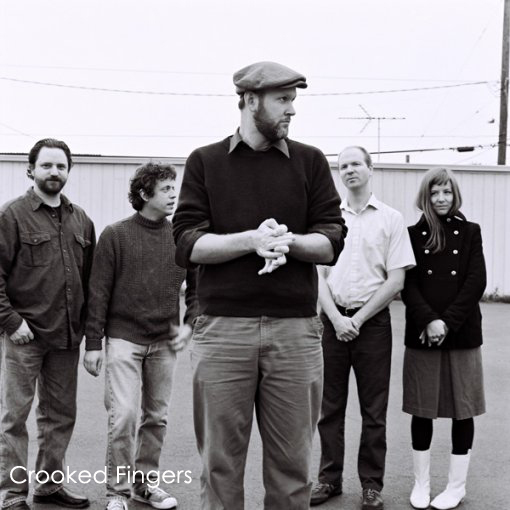 While the summer often means less action in the clubs as bands either take a summer break or hit the festival circuit, this month seems to be unusually packed with great songwriters, from the formerly famous to the currently famous to the should-be famous. In that first category is Eric Bachmann, former lead singer of the legendary Archers of Loaf. Since they disbanded in the ’90s he’s been working under the name Crooked Fingers, which trades his old indie-pop energy for raspy, depressing, vaguely European-sounding music–but in a good way! A personal favorite of mine is the album Red Devil Dawn, which sounds kind of like Tom Waits fronting Devotchka. I played this CD (remember those things?) nonstop for all of 2003. His more recent stuff has been met with mixed reviews, but I still think his show on June 26th at the Mill (21+) is a must-see.

Coming back to town after his sold-out and ridiculously entertaining Mission Creek show of 2009 is John Darnielle, mastermind of The Mountain Goats. Whether he’s recording on a boombox or with studio mastermind John Vanderslice, one thing has remained constant over his 17 (!) albums: great songwriting. It’s narrative, it’s descriptive, it’s heartfelt, sad, beautiful, poignant, funny. You get the picture: The guy puts words together extremely well, which is why he’s often described as “literary.” On his most recent album, he’s taken on the most famous piece of literature there is, the Bible. The Life of the World to Come features 12 tracks each named after and inspired by a biblical verse, though Darnielle uses this as a jumping off point to explore a variety of themes. It’s a spooky, interesting record, and I’m guessing songs on it will be featured heavily at his show at The Blue Moose on June 12th (all ages).

Speaking of men who record on boomboxes, local fellow Sam Locke Ward is releasing yet another album, this one a 2009 collaboration with Milwaukee noise legend Darren Brown, who was in Boy Dirt Car. Find John Scholtfelt’s review of it in the May issue. He still can’t stop gushing about it. Come out and get it on a gatefold vinyl at the release party, which goes down at the Yacht Club on June 11th (21+). And if you already know and like Sam, or if you don’t but you’re really into quirky songwriters and strange live shows, then I highly recommend heading to Public Space One on the 6th for Daniel Frances Doyle (all ages). This Austinite loops a bunch of angular guitars, then triggers them live while playing drums and singing out of a headset mic. I haven’t seen him before, but if he’s anything like some of the one-man bands who have rocked here before (Ill Ease, El Paso Hot Button), then it should be rad.

Lastly, if you’re not afraid of that glowing yellow thing in the sky, June is the real start of outdoor concert season. The Diplomats play down in the Ped Mall on the 18th, and the annual Iowa Arts Festival runs from June 4-6. Find the full details at www.summerofthearts.org.