Iowa City has been buzzing with debate over the university turning down a major filming opportunity. Regardless of whether HBO cameras will be appearing on the Ped Mall, a group of local theatre artists is proving that Iowa City has the right elements for a homegrown film industry of its own.

These Hopeless Savages (2013) premieres April 3 at FilmScene as part of the 2014 Mission Creek Festival. Released by Working Group Pictures, the movie features a screenplay by Sean Christopher Lewis and Matt Dellapina, with direction by Lewis and Kaitlyn Busbee. The idea for the film was rooted in discussions that Dellapina and Christopher have had since becoming friends in college, both about how they wanted to work on a movie together and about the very nature of friendship itself.

“Matt Dellapina and I were talking about how strange friendships become post college,” Lewis said. “As you start drifting away and you have these friends on websites who suddenly have kids and lives and experiences, but who you no longer know anymore.”

Dellapina explained, “We had a simple idea for a story that we have always thought would work, a road trip that begins with one person’s hopes being pinned on kind of a silly dream.” Their discussions gradually lead to Lewis writing a first draft for part of the film. Lewis and Dellapina took turns writing large sections of the script, then editing each others work until they had the final version. Dellapina found the process to be simple. 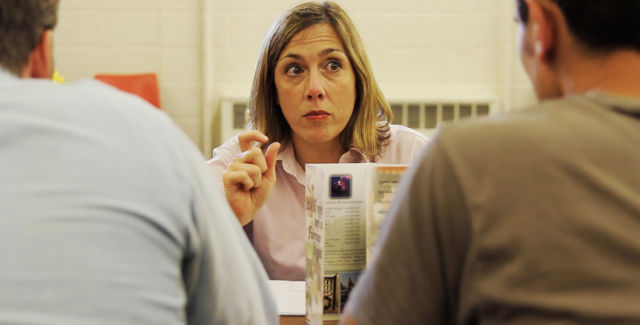 “Sean [Lewis] and I have a good shorthand, as far as collaboration is concerned,” he said. “It’s a tenuous thing, finding a good collaborator that you are inspired by, but can also listen to you.”

The result was a film about “constant bachelor Shawn,” who is inspired by some news to set off on a road trip to meet with every person who has shunned him. Though their names are similar, Lewis explained that “Shawn” was inspired by a college friend and “imagining what would happen if he showed up at Matt’s house one day demanding a loyalty they hadn’t experienced in years.”

For filming, Lewis brought in Kaitlyn Busbee to co-direct. Lewis and Dellapina filled the roles of the two friends central to the film, while Iowa City actress Maria Vorhis played Shawn’s younger sister. Additional actors came from Working Group Theatre, of which Lewis is the Artistic Director. Busbee was impressed at the way the theater actors adjusted their style to the requirements of film. “As a stage actor, if you had your whole audience a few feet away from you for the entire show, you wouldn’t need to amplify your voice or actions,” said Busbee. “Everything would be smaller [. . .] I believe that’s an intuitive thing, for the most part.” 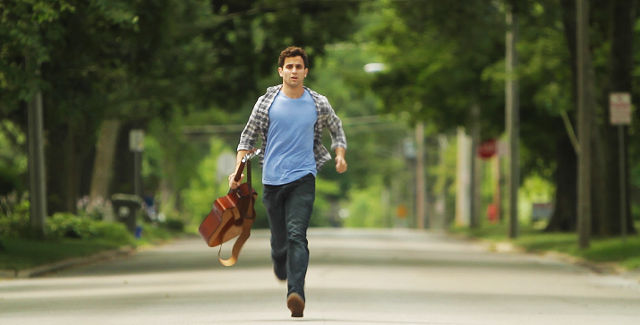 Filming took place over the course of a week-long road trip from New York to Iowa. Busbee felt it was exhilarating to forge an artistic and emotional bond over the condensed production time.

“To be honest, coming back and reintegrating into society, getting back to the day-to-day was incredibly difficult,” she said. “It felt as if we had just experienced this unexplainable journey.”

The short filming time required not only adhering to a tight shooting schedule, but also quickly adapting in the face of unexpected turmoil. When the group pulled into a gas station in Galesburg, Illinois with a broken-down car and less than a day before they had to return to Iowa City, they swung into action. They asked the station attendant if they could film some scenes there and found a way to condense several scenes. Several locals, including a police officer, worked together to find the parts needed to fix their car and get back on the road — and they asked for no money in return.

“They didn’t know movie productions from Adam, but they helped us finish the final leg of the movie whether they knew it or not,” Dellapina said. “It was magical.”

The actor/crewmembers hope that the film will encourage audiences to think about the friendships in their lives. “This film in particular I was really moved by because it shows a different type of relationship that males are able to have,” said Vorhis. “This film shows how deep male friends can be, but also show how funny they are.”

Dellapina elaborated, “Real friends are the ones that you, sometime in your life, have to go off the rails for.”

Lewis hopes that the film will inspire more local films and production companies to choosing Iowa City as a base for filming.

“There are so many great and under-realized artists in town, there is no reason for there NOT to be a huge film and arts scene here.”

The film premieres at FilmScene on Thursday, April 3 at 6:30 p.m. Prior to the screening, FilmScene is hosting a happy hour (4:30-6:30 p.m.) with music entertainment by River Glen.

Tickets can be purchased at FilmScene. For more information, visit the film’s Facebook page.