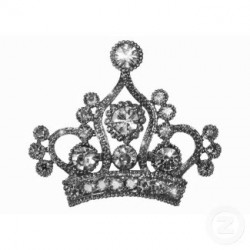 The mid-August debut of TLC’s “Here Comes Honey Boo Boo” (HCHBB) was surrounded by an inordinate amount of hype for a reality television show. However, the hype wasn’t because TV critics  anticipated a quality television program to peddle to their Twitter followers, but rather they questioned what a show like HCHBB might say about the status of contemporary humanity. But how could one family and their “gay” pet pig inspire debate concerning western society’s decline? For answers, we’ll have to down some Go-Go Juice (the preferred beverage of the show’s titular character, a mixture of Red Bull and Mountain Dew) and start from the beginning.

“HCHBB” features June Shannon and Mike Thompson, better known as “Mama” and “Sugar Bear,” and their four daughters, Anna (“Chickadee”), Jessica (“Chubbs”), Lauryn (“Pumpkin”), and Alana (who goes by “Honey Boo Boo,” “Smoochie,” “Mootie Moot” and about 15 other nicknames). Alana and the Thompson family were featured in a January 2012 episode of the infamous TLC program “Toddlers & Tiaras,” which according to the show’s creators, features the competitive world of pageantry and families on their quests for “sparkly crowns, big titles and lots of cash.” The particular episode featuring the Thompsons resulted in some of the reality show’s highest ratings, received millions of YouTube hits and became a morning show hot topic. No one, it seemed, could get enough of June’s “redneckitude” or Alana’s Go-Go Juice-inspired stage antics.

Each episode takes place in the family home in McIntrye, Georgia (population 718). Storylines loosely revolve around whatever pageant Alana is currently preparing for, but the show focuses more on the family’s day-to-day activities and June’s commentary, which many argue requires a “redneckipedia” to understand. Intertwined in each episode is the family’s debate over whether they are, indeed, “rednecks.” In one episode Jessica points out as proof of their non-redneck status, “We all have our teeth, don’t we?” Yet, in other storylines, the family embraces their “redneck” status, delighting in projects like building a “redneck slip ’n slide” with a tarp and some dish soap.

While the family sees itself in varying shades of “redneck,” the show’s visual elements attempt to construct them as nothing but. For example, “HCHBB” uses an ample amount of subtitling, and although there are moments where this does come in handy (Alana often talks quickly), these moments are few enough to render the subtitles as mere mockery. Additionally, most exterior shots reference the location of the family home right next to the railroad tracks, and Anna’s pregnancy is highlighted through regular discussion and close-ups of the pregnant teen’s belly. These images help in framing the family as economically impoverished and somewhat uneducated, two hallmarks of the redneck stereotype.

While these stylistic choices do most of the heavy lifting in terms of framing the family as a spectacle, narrative events manufactured specifically for the show also work toward the same end.

For example, in the second episode, “Gonna Be a Glitz Pig,” June invites an etiquette coach from Atlanta to their home to help Alana with her next pageant, while teaching Lauryn some manners in the process. In what feels like the most contrived scene of the six episodes so far, goofy stock background music plays as the Thompson girls learn not to draw too much attention when putting napkins on their laps. While some viewers might agree that the Thompsons could benefit from some refinement, the important lesson taken from this scene is Lauryn’s retort to the etiquette coach: “I don’t care what people think of me. I am who I am, and if you don’t like me, you don’t like me.”

This honest comment from Lauryn demonstrates why “HCHBB” isn’t a signal for the coming apocalypse like so many critics thought it was. The show constructs them as unapologetically hillbilly, and seeks to exploit that for comedic value, never missing a chance to turn their culture into a punchline. But the Thompsons are, fundamentally, a normal family. The girls don’t always get along with one another. June’s got to make dollars last longer. Jessica struggles with her weight because she’s surrounded by pressure to be thin. This isn’t too different from many families we know, including our own. This normalcy is what makes the show interesting and keeps it from devolving into a sheer spectacle of misery and cultural dislocation found in past programs like Paris Hilton’s FOX show, “The Simple Life,” or VH1’s “New York Goes To Work.”

Let’s not kid ourselves. “HCHBB” will not be held up as a paragon of television two decades from now. Many might argue that it won’t even exist in two years. However, in the present, “HCHBB” does what all good television shows should do: provide a cast of characters that are both interesting and relatable. While they aren’t perfect people, “HCHBB” provides insight to a world most of us don’t know and into a family that bears resemblance to many around us.

So while some viewers might still think “HCHBB” is the lowest television program ever created, they would be wrong. That title goes to  ABC’s “Are You Hot?”, a reality show starring Rachel Hunter, Randolph Duke and “international heartthrob” Lorenzo Lamas, who regularly used a laser pointer to pick on participant’s minute bodily flaws. If we as a nation could survive that, “HCHBB” should be the least of anyone’s concerns.

Plus, if “HCHBB” really is a sign of civilization’s end, we’d rather take a page out of the Thompson family playbook and spend our last moments riding around in a 20-person four-wheeler gang than spend them worrying about our table manners.

Melissa Zimdars and A.C. Hawley are doctoral students in Communication Studies at The University of Iowa, specializing in media and critical cultural studies.