After spending 76 days in the Johnson County Jail, an Iowa City man who attempted to take the law into his own hands this summer by driving into protesters has avoided prison time and, pending any further infractions, will have a clean record by 2024.

Just before 10:30 p.m. on Aug. 21, as Iowa Freedom Riders and other advocates for police reform and racial justice demonstrated in the intersection of Gilbert and Burlington streets downtown Iowa City, Michael Ray Stepanek decided to give them “an attitude adjustment,” he told police.

After getting caught in some traffic congestion caused by the presence of protesters, bystander video shows Stepanek honking, making a U-turn on Burlington Street, turning off his headlights, circling the block and approaching the intersection going southbound on Gilbert Street. He then drove his 1998 gray Toyota Camry into the crowd of protesters, hitting several. Fortunately, none were seriously injured. Stepanek sped away from the scene on Burlington Street, headed east.

An Iowa City police officer noted his license plate, but said he didn’t pursue Stepanek due to the traffic. However, after footage of the incident spread on social media and a protester struck by the car gave a statement to police, ICPD announced an investigation.

Four days after the incident, Stepanek, a 45-year-old white man, was arrested and confessed that he was intentionally trying to hit people with his car that night. He was charged with intimidation with a dangerous weapon, a class C felony, and willful injury, a class D felony.

According to his attorney, Stepanek didn’t realize his actions were illegal at the time, but he now understands he was wrong and is sorry. He’d been conditioned to see protesters as criminals by social media and right-wing news, defense attorney John Bruzek asserted.

Last month, Johnson County Judge Paul Miller granted Stepanek a deferred judgement, meaning his willful injury charge will be expunged after a three-year probation. A civil fine of $1,025 was also suspended by the judge.

As Ryan J. Foley of the Associated Press observed, “forcible felonies” are ordinarily not eligible for deferred judgements, “but the charge to which pleaded is not considered one under Iowa law. He was also eligible for the break because he did not have a criminal history.”

“The Johnson County Attorney’s Office, which agreed to Stepanek’s plea deal, could face accusations of double standards as it continues to pursue charges against some Black Lives Matter protesters involved in the demonstrations last summer,” Foley continued.

Two individuals who participated in protests for social and racial justice in Iowa City face serious charges, including nine felony charges against a protest leader from Des Moines was arrested after allegedly shined a laser beam in a University of Iowa police officers’ eyes, and a gun possession charge against a 20-year-old protest attendee that carries up to 10 years in prison.

Demonstrators in Des Moines have also been charged with crimes, including allegedly leaking confidential law enforcement information to the press.

Along with those still ongoing cases, there is also a pending review of the most notable incident of violence during the protest in Iowa City—the use of chemical agents, including tear gas, and flash-bang grenades against protesters by law enforcement officers on June 3.

That night, a little over a week after the killing of George Floyd by Minneapolis police, a crowd attempting to march down Dubuque Street to I-80 (which had been blocked off by the Iowa DOT) was stopped by a line of Iowa State Patrol officers, Johnson County Sheriff’s Office deputies and Iowa City Police Department officers in riot gear. The crowd was told to disperse, but witnesses that night said it was hard to hear the message from law enforcement, and before many had the chance to turn around, tear gas, pepper spray and flash-bang grenades were deployed.

Body cam footage released months later showed Lt. Greg Obbink of the Iowa State Patrol, who was in command of the combined force of officers that night, ordered those weapons be used if the protesters did follow the order to disperse. On Sept. 1, the Iowa City Council approved the hiring of the Office of Independent Review, a California-based consulting firm that specializes in assessing police conduct, to produce a report analyzing ICPD’s actions on June 3.

No date has been announced yet for the completion of the report. 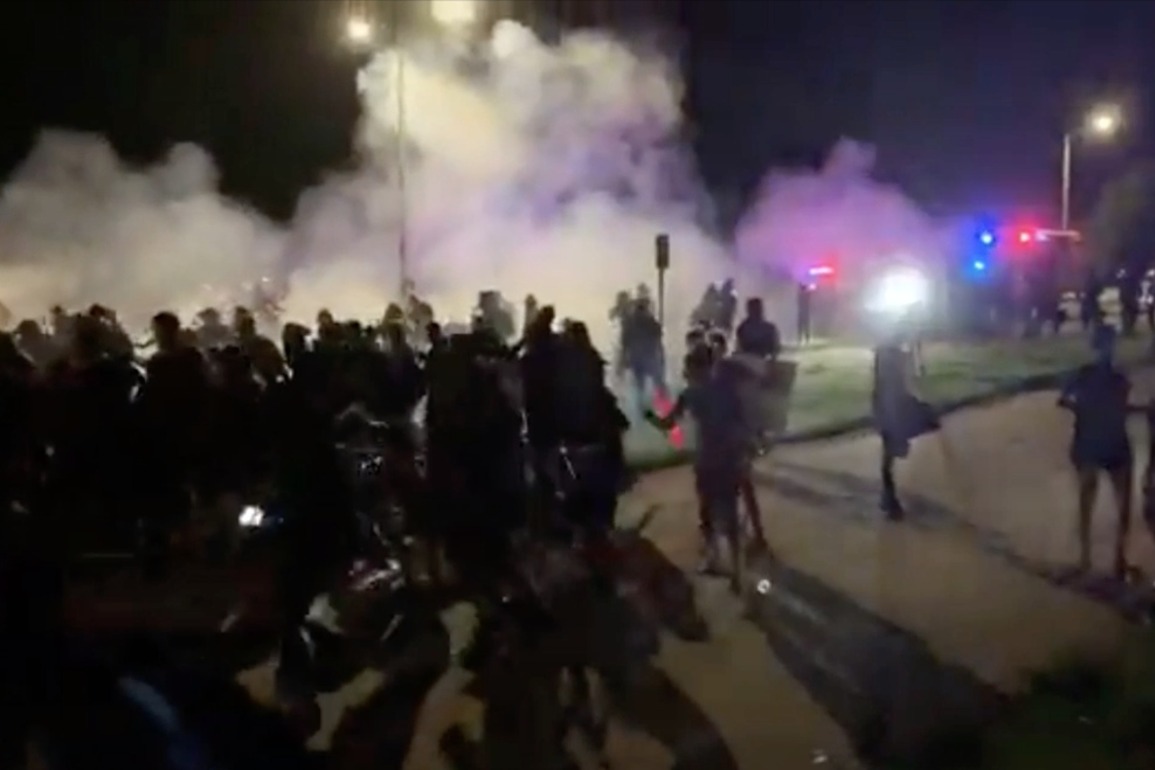