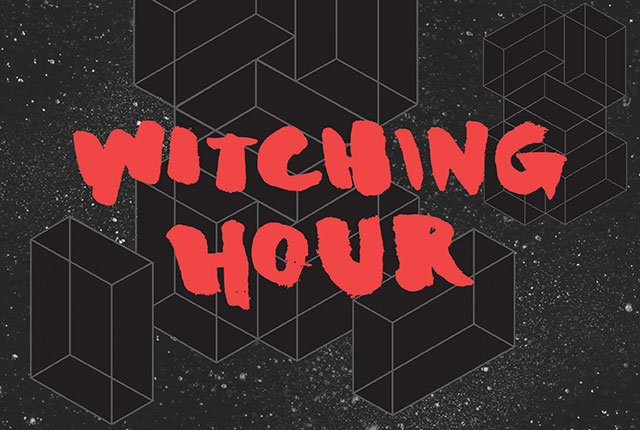 There’s no better time than today to snag your tickets for the second annual Witching Hour Festival (two-day passes $50, one-day passes $30) — and while you’re at it, you can start scheduling your plans for the weekend. The two-day festival, presented by the Englert Theatre and Little Village, announced their finalized lineup today, along with the full schedule of events. Good luck deciding which shows and presentations to catch each day!

Among the exciting new additions to the lineup are Canadian punk trio White Lung (co-presented by SCOPE Productions); Night Stories, a duo presenting live scoring of a slasher flick montage; and Iowa’s own jazz/electric combo Jack Lion, debuting a set of new music.

Also new on the docket are a wide array of panels, presentations and workshops, from First Death, a panel looking at the second lives of retired athletes and dancers, to Authenticity and Authorship: Political Storytelling in the Digital Age, a talk by first official White House videographer Arun Chaudhary, to You Ain’t Getting No Cookies for Doing What is (Racially) Just, a workshop on examining the skills involved in becoming a stronger ally, with the UI’s Tabitha Wiggins.

There’s gaming, and feminism, and race in sports — and that’s only the tip of the iceberg. Take a chance and explore all that Witching Hour has to offer.