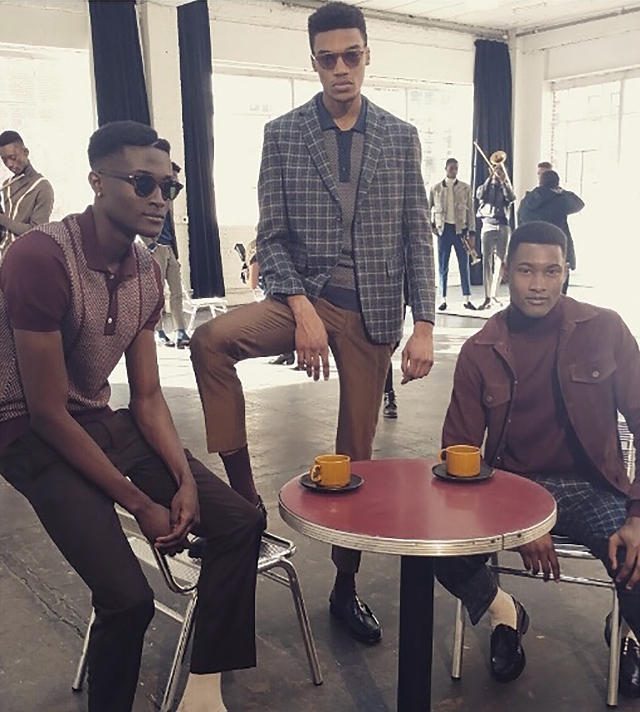 A recent trip to a conference in Miami turned out to be fortuitous for hairstylist George Eganhouse and four of his colleagues at Iowa City’s Buzz Salon, all of whom scored passes to work backstage last month at New York Fashion Week: Men’s.

During a whirlwind day in NYC, Eganhouse styled models for designers David Hart and Lucio Castro. He switched to the latter at the last minute, he said, “because they needed someone who could do some ethnic fading and shaping.”

While the agencies that represent professional models typically don’t want their clients’ hairstyles to change dramatically, Eganhouse was surprised to end up cutting quite a bit of hair. “It was actually kind of nice to be able to show my talent,” he said. “I guess they were pretty impressed with my work.” 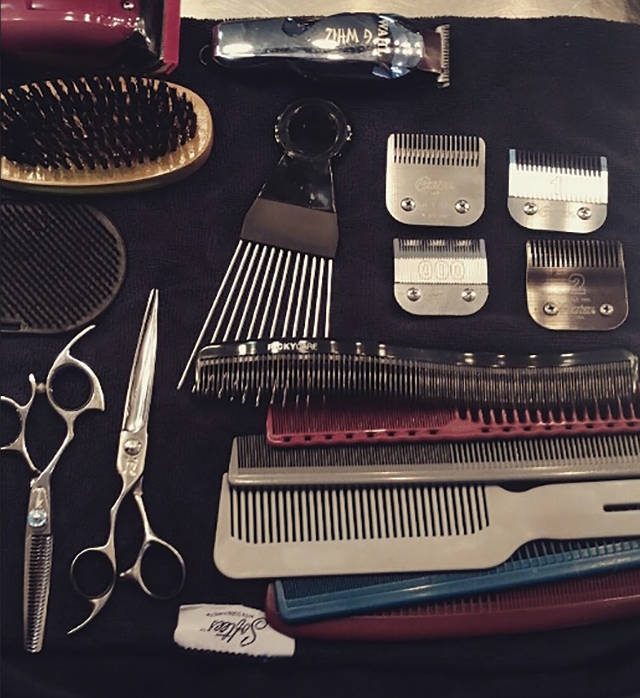 Styling models at Fashion Week was “a big dream come true” for the Iowa City native, who has spent his twelve-year career exclusively with Buzz. In that time, Eganhouse has observed a shift in the ways his predominantly male clientele approaches style. Where men might have previously brought in a picture of a celebrity ripped out of a magazine, now “we get guys bringing in their Pinterests [and] our Instagrams of work that we’ve done.”

“Men are more aware of their looks,” Eganhouse said, “because they’re in more photos on Instagram and Facebook. [My clients] are taking the steps to look better. They’re buying more product, they’re getting a haircut more and more on the regular, they’re looking for better hairdressers, they’re coming in to us with ideas that they want to achieve.” 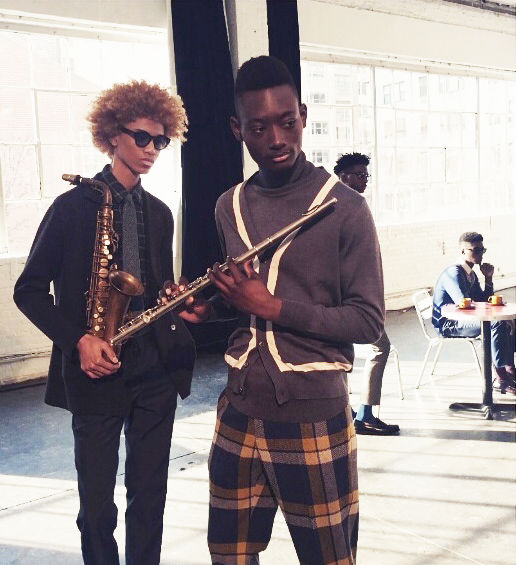 Fortunately for fashionable Iowa City denizens with masculine-of-center style, “There’s a good selection of talented hairdressers in Iowa City if you look around,” Eganhouse said.

“I travel quite a bit [and] I’ve worked downtown pretty much since I was 17 years old,” the stylist said, “Hair [in Iowa City right now] looks pretty good, and I’m not doing it all.”

Alea Adigweme is a writer, artist and educator. This article was originally published in Little Village issue 194.