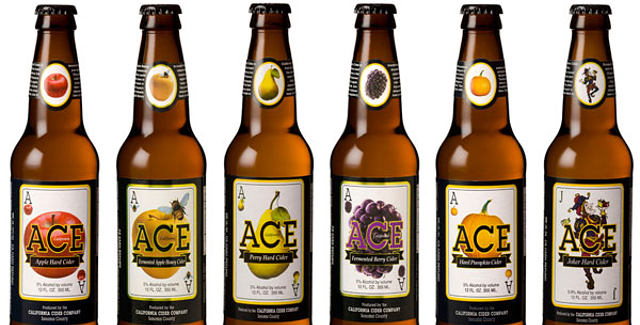 For those who prefer a less intense pumpkin experience, I want to suggest a great alternative that is not even beer: Ace Hard Pumpkin Cider, a seasonal release from the California Cider Company.

Though super tart at first, Ace Hard Pumpkin Cider is light, tasty and refreshing. It smells much more like apple pie than pumpkin pie. The pumpkin flavor is present, but is faint compared to the apple, cinnamon, clove and allspice. The flavor mostly mirrors the smell, though the pumpkin is actually more noticeable on the palate. This very drinkable cider is only available for a limited time, so snag some up today!