Goldenboy is fronted by Shon Sullivan, a native of suburban LA. His big break came as a multi-instrumentalist in Elliott Smith’s band, and Goldenboy grew out of that experience. “It started as a solo side project,” says Sullivan. “I started writing the first record while I was playing for Elliott, which I did for four years. Everyone had nicknames on the tour, and ‘Goldenboy’ was mine, ’cause I was a guy from the faraway hill country or something. It stuck.”

Goldenboy’s sound is defined by its polished musicality, and the whispery crooning of Sullivan’s voice. Appropriately, his vocals remind the listener of the late Elliott Smith. Goldenboy also shares traits with the Magnetic Fields; the song structures are relatively traditional pop, but Sullivan’s lyrics are wry and melancholy. The songs may be torch songs, but Sullivan’s soft delivery makes them sweet and sincere instead of precocious.

Sleepwalker is Goldenboy’s third album, and it shows the maturity and tight composition Sullivan has developed through his musical career. The opener, “Different Moon”, has a tight, poppy beat, with romantic arrangements of synthesized strings. “Chelsea Girl” reminisces a 60s love tune, with a Bacharach-style piano line. “Rock and Roll All Night” is not very rocking, but instead sounds like an Elliott Smith deep track. “I Like You Because” has a great, driving beat emphasized by the guitars and floor toms. The tracks on Sleepwalker are varied, but all share Sullivan’s breathy vocals and musical craftsmanship.

Goldenboy is coming off a trip to SXSW 2012, and will play at the Mill on Tuesday, April 10. They will be joined by Colloquialisms and Noble Octopus, starting at 9pm. 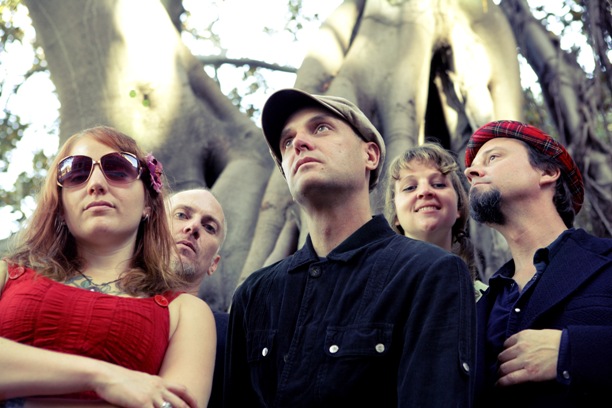