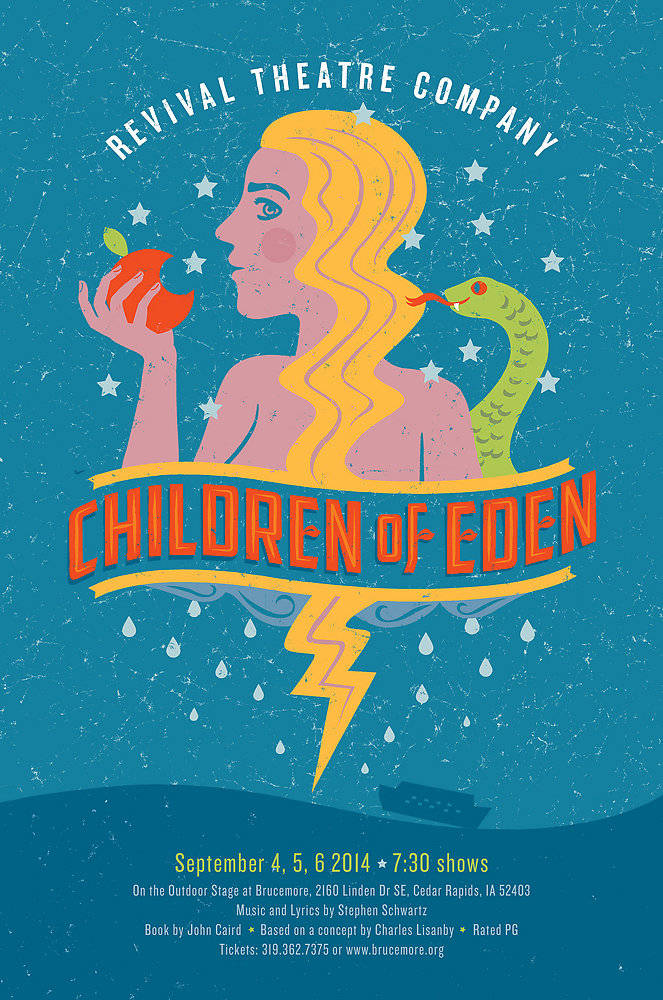 Even though September has only just begun, the 2014-2015 theatre season is already proving to be one of tremendous growth for professional acting opportunities in Eastern Iowa. In August, the new professional company Old Capitol Opera debuted with its production of Chicago. This week, Revival Theatre Company will be starting its inaugural season as a semi-professional musical theatre.

RTC founder and Artistic Director Brian Glick explained that the roots of the company began about a year ago. He and co-founder Cameron Sullenberger had phone conversations about shows they would like to do in the future, all of them musicals. “After many discussions about the things we wanted to do and how we wanted to go about doing them, we realized that it really is something of it’s own,” said Glick. “Why not try starting our own company?”

In that short amount of time, they have formed an organization. Their board of directors consists of a variety of prominent professionals — including Tiffany O’Donnell of CBS 2/FOX 28.

The mission of RTC is to produce musical theatre productions that are “thought-provoking, compelling, and challenges the artist and audience.” To serve that mission, they want to produce a mixture of the classic, the cutting-edge and, as Glick describes it, “the rare gems, the shows that are wonderful pieces of musical theatre, but maybe did not have commercial success in New York or Chicago.”

The three shows RTC will produce during its first season embody this variety. They will be performing Children of Eden, a musical adaptation of the Book of Genesis, at Brucemore in Cedar Rapids this weekend. Originally written in 1987 as a show for a Christian theatre camp in Belleville, Illinois, the musical received a limited run in London’s West End that closed to poor reviews. It never had a Broadway run, but it has since become a popular choice for regional theatres.

In late October, they will be producing Dogfight at CSPS in Cedar Rapids. A musical adaptation of the 1991 film, the story covers the exploits of a group of marines as they try to spend one last night partying before their deployment to Southeast Asia in 1963. The musical had a limited but well-received Off-Broadway run in 2012. RTC will be producing the musical’s Midwest premiere.

Their final production in June will be Pippin, the classic Tony Award-winning musical that had a recent Broadway revival.

Instead of casting each show individually throughout the year, RTC had one round of auditions during the summer in which they casted all three shows. They spent three weeks afterwards making casting decisions.

“The week of auditions tends to get overwhelming at times with all the casting decisions,” said Glick, “but we love having the opportunity to cast our season at once and allowing those individuals to start working on the show weeks or even months in advance.”

The company continues to grow quickly. This summer, they had their first Summer Children’s Theatre Academy, a four-day intensive musical theatre workshop for students in 5th-12th grade. Over 60 children attended the workshop.

Glick hopes that RTC will not only become financially stable, but that they will be able to treat the artists in the company “with dignity and respect for their time and talents.” The company hopes that their attention to detail will help them to stand out from the myriad of other arts organizations in the area as they produce musical theatre that helps both artists and audiences grow.

“The American Musical Theatre is alive and well, and we want to evoke that spirit in Eastern Iowa,” Glick said.