When life forces you to start afresh, do you feel afraid — or free?

Rebecca Dinerstein wove that question deeply throughout her debut novel, The Sunlit Night, wherein both central characters face significant losses and must confront imminent change. Frances is a recent college grad whose family is both breaking up and growing. Seventeen-year-old Yasha Gregoriov must say goodbye and bury the man who has taken care of him all of his life. They meet “on the top of the world” — on the Lofoten Islands north of the Arctic Circle, where the summer sun shines relentlessly, day and night.

Billed as literary fiction — the author has an M.F.A. from New York University and studied poetry at Yale — the book takes on several hefty but universal themes: family, solitude, loneliness and mourning. Thankfully, Dinerstein manages to keep the burden of these heavy issues on her characters rather than the reader.

This book is also a romance. Both Frances and Yasha use the Far North to break free from toxic relationships, and eventually find companionship in each other. The pace of the book quickens when their combined drama moves them forward and slows when Frances merely counts her losses — Yasha’s personal family drama was a bit more life-and-death (pun intended) than Frances’s “my boyfriend’s a jerk” situation. 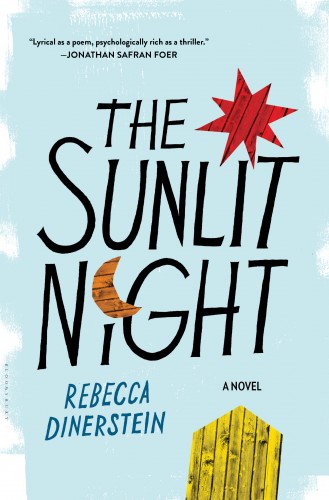 Of course, it was just a crappy boyfriend Frances suffered. But regardless of how much her parents yelled at each other or disowned her sister for picking the wrong guy, readers with bigger family problems will not feel sympathy for her.

Yasha, on the other hand, experienced loss and abandonment at a much younger age, and his story should tug on any sensitive person’s heartstrings.

Dinerstein’s writing excels in its down-to-earth descriptions of the sky and landscape, but then, she did produce a book of poetry about the Lofoten Islands in 2012.

The Sunlit Night’s secondary and tertiary characters grew along with the story as well, and we find stories of art and redemption even in the most benign onlookers to the main action. Frances and Yasha are not alone in their need to find new beginnings.

The freedom to start afresh anywhere with anyone doesn’t come without fear. A funeral scene lays this lesson out rather overtly: yes, there is life after death; there is life after divorce. And how nice it can be to have your options wide open, to embrace the uncertainty and unknown.