Guarded, a photo series by Taylor Yocom, was recently published in a Loyola University student magazine, and now the University of Iowa photography student is re-staging her project in downtown Iowa City. She’s issued a call for female models to participate in a community event that highlights the prevalence of rape in our society and myriad ways women protect themselves.

Today (4-6 p.m.) and Saturday (12-4 p.m.) on the Ped Mall, Yocom will be taking pictures of women with rape whistles, pepper spray and other weapons used for self-defense.

So what inspired the project? Yocom said one day before class last year, “All of the women and feminine-identified people were casually showing each other their mace and rape whistles after the taxi cab assaults. Did any of the guys have these objects? No. They were baffled and had no idea that we carried them. After this it really hit me that I needed to portray this visually.” 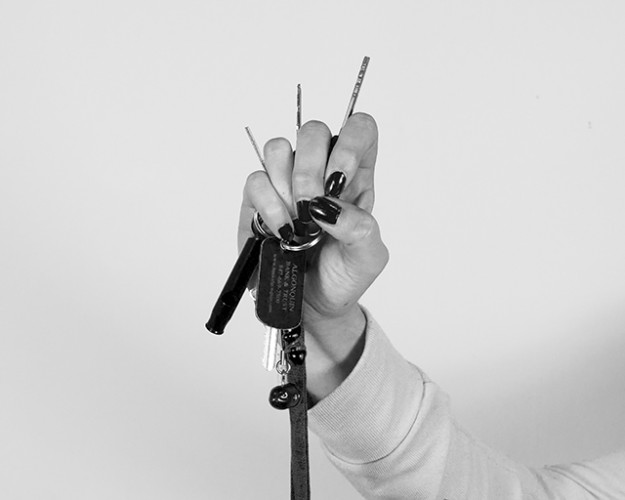 She shot the first round of “Guarded” and posted it on her tumblr page. The response was positive and she decided to update the photo series with another set of photo sessions open to the public. She’s planned a public installation at Public Space One with an open forum to discuss issues regarding sexual assault with survivors and victims. 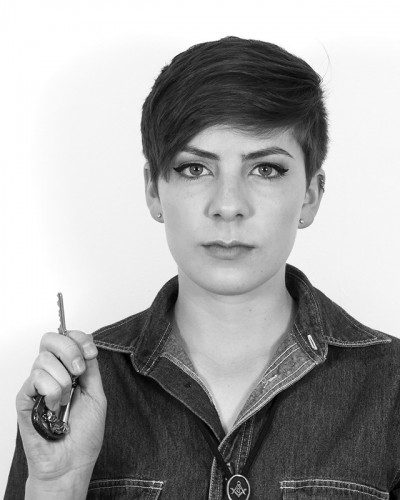 Yocom said she hopes to “spread of awareness of how pervasive rape culture is — how sad it is that women have to have mace with them every day. I think that a lot of people think it doesn’t happen that much, but rape does.”

One of the models from the original series, Sara Puffer, said she wanted “to show people what it’s like to have that fear, and how angry I am that this is a social problem that many feminine-identified individuals face,” adding, “This project is about showing both courage and fear that tells the story of the walk in the dark.”

In September, Yocom was named an “Artist to Watch out For” by Starry Night Retreat in New Mexico.

For more info about the event today and Saturday, or to set up a portrait session with Yocom, visit the Facebook event page.