As summer begins to wind down and the population of Iowa City rises to full student capacity once again, it can feel a little stuffy. This feeling passes though, with the awareness that more bodies also means more demand for entertainment. Each new impressionable mind has the potential to be swayed into a seeing a band like Grand Funk Railroad on the Pentacrest or checking out an indie rock show at the Mill. One thing that I think is important for seasoned music snobs (such as myself) to remember is that a continued interest in live music keeps live music happening. Welcome the new faces. Invite them out to a show. Here are a few to keep in mind for the next few weeks: 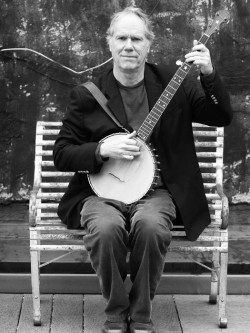 You might recognize Loudon Wainwright III’s face from the many minor acting roles he’s landed in the past 40 or so years. Recently he has made appearances in NBC’s Parks and Recreation and the films Big Fish, The Forty-Year-Old Virgin and Knocked Up. Perhaps his most prominent acting role was the “singing surgeon” in a string of M*A*S*H episodes. His primary artistic endeavor though, is his prolific musical career. Three of his albums have been nominated for Grammy Awards, and his 2009 album, High Wide and Handsome: The Charlie Poole Story won the award for Best Traditional Folk Album. In 1972, Wainwright put out his first single that brought him into the spotlight. It was a lighthearted folk jam called “Dead Skunk,” and as you might imagine is about smelly road kill. His approach to songwriting is often a comedic one, though it would be foolish to write him off as a novelty musician. While songs like “Dead Skunk” admittedly have very little poetic value, much of his work is injected with personal struggle and political undertones. For instance, his 2010 album is called 10 Songs for the New Depression, which is exactly what it sounds like—a collection of songs about the financial crisis and recession. No matter the subject at hand, Wainwright lays it all out on the table and tells it as he sees it. His latest album, Older than my Old Man Now, was released earlier this year and centers around the sole idea of “getting old.” He expresses an uneasiness about aging and death. He talks about developing closer relationships with his children, Rufus, Martha and Lucy, all of whom have incidentally developed careers as musicians. It would seem that this might make an appropriate farewell album for the singer, but given the amount of material and extensive touring Wainwright has done in the last decade, it would seem he has plenty of active years ahead of him. 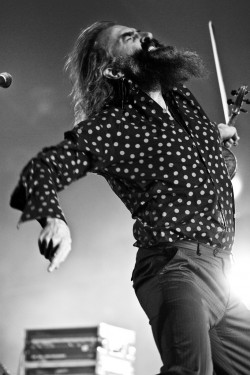 A lot was happening for indie music in the early ‘90s. Bands like Pavement and the John Spencer Blues Explosion were hitting their stride in the U.S., exploring the possibilities of what a rock band could be. They weren’t the only ones that were doing this, but I mention these two specifically because they helped bring Australian band, The Dirty Three into that scene. The Dirty Three set off on a string of U.S. tours with these bands in 1994, and their first self-titled album was released that summer to widespread critical acclaim. They’ve collaborated with Cat Power, Bonnie “Prince” Billy, Low and PJ Harvey. Violinist Warren Ellis has been a longtime collaborator and member of fellow Australian, Nick Cave’s band. In fact, Nick Cave has said that The Dirty Three is his favorite live band, “no contest.” With just drums, guitar and a violin, the Melbourne-based trio create instrumental music that ranges from noisy post-rock to down tempo atmospheric ambient soundscapes. They have eight studio albums under their belt, the latest of which came out earlier this year.

Opening for The Dirty Three is a band that is currently rising in the ranks of the American indie music scene, Mission Creek alumnus Dark Dark Dark. The Minneapolis ensemble is often described as folk-pop and noted for their sensibility of New Orleans jazz throughout their catalogue. Speaking of which, their catalogue is about to expand on Oct. 2 with the release of their third full length album, Who Needs Who. They’ve received positive critical press from Pitchfork, NPR and Paste Magazine. 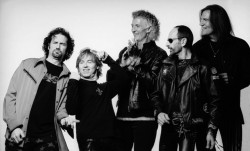 Every year The University of Iowa’s Scope Productions puts on a big outdoor show on the Pentacrest to celebrate Homecoming Week. The lineup generally always consists of two bands—one currently popular and the other a classic staple. This year they’ve picked up another pair of acts that fits this mold: Grand Funk Railroad and Matt & Kim. Grand Funk Railroad are certainly a classic. With a number of hits in the 70s including “We’re an American Band” and “The Loco-Motion,” the band was met with absurd popularity. They sold out arenas across the country, even selling out Shea Stadium faster than the Beatles previously did. After enduring a few decades of breakups and lineup changes, Grand Funk Railroad is back and ready to roll into town. 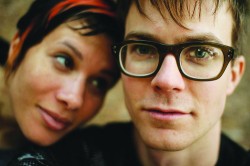 Co-headliners Matt & Kim started out as a couple of friends in college who decided to date and make music together. Their 2006 self-titled album did okay nationally, but it wasn’t until their sophomore release, Grand (2009), that the duo came to be such a powerful force in indie pop. Their highly percussive songs are loud, emotive and catchy as all hell. Their music has been featured in multiple commercials as well as the television shows Community, Entourage and Skins. They currently reside in Brooklyn, N.Y., and will release their fourth album, Lightning, in early October. 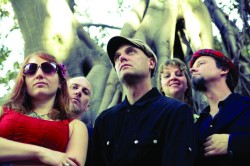 Southern California band, Goldenboy is a real treat. Front man, Shon Sullivan’s mission is making ‘90s inspired pop-rock. What kind of cred does he have? Well for starters, he’s worked/toured extensively with ex-Weezer bassist, now Rentals front man, Matt Sharp. Many have compared his musical style to that of Sparklehorse. The latest Goldenboy album, Sleepwalker (2011), was mastered by the same guy who did all of Elliott Smith’s albums. Sullivan has also toured with Elliott Smith, The Eels and Neil Finn. Goldenboy is kind of like discovering one more M&M in what you thought was an empty bag—you didn’t really know it was there, but you’re so glad you found it.