If nothing else, 2012 can be described as the Year of Easy Listening. A multitude of indie bands (Beach House, The Walkmen, Divine Fits), beat makers (Flying Lotus, Lindstrom, Crystal Castles) and hip-hop artists (Killer Mike, El-P, Big KRIT) put out strong, extremely listenable albums, which, in turn, made it difficult for anything to really stick out. Sure, Beach House’s Bloom erected and sustained a fuzzy, irresistible dream-state and the Walkmen’s Heaven carried us away on a bed of seductive crooning but neither of these albums—as was the case with several others that came out in 2012—really stood out as defining records for the bands that made them. This isn’t a bad thing: The year-end reflects good bands having made really good music. Though, it has also made compiling a list of eight elite records a challenge. Nonetheless, here are eight albums that cut through the impressive heap of 2012 offerings with the most distinctive voices and most affecting sounds. 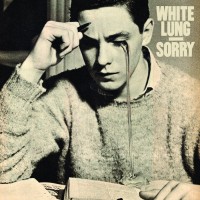 What can a young punk/hardcore band really want to achieve in 2012? To play harder, faster and louder than everyone else? Canada’s White Lung, while playing harder, faster and louder than just about everyone else have also sought to close the distance between sonic mayhem and accessibility. While their music claws at the listener with wolverine ferocity, these songs are also remarkably catchy—not just for well-groomed hardcore ears but for a wider audience. This is partly due to the astonishing brevity of the songs (ten tracks in less than 20 minutes) but there’s also something to be said about Kenneth McCorkell’s brutal, melodic guitar lines; they are bursts of ferocious static applied to powerful, succinct concepts. 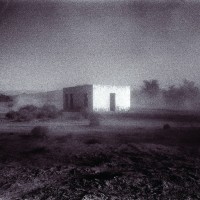 The first Godspeed album in about ten years is an affirmation of this instrumental group’s daunting power. One part post-rock band, one part avant-garde chamber ensemble, Godspeed remains all atmosphere, mood and intensity on their fourth studio album. The older, longer compositions on this record—Mladic” and “We Drift Like Worried Fire”—are epic studies in building unease towards inevitable explosion, but it is the shorter, new material—two songs that clock in around six minutes each—that best highlight Godspeed’s ability to shape emotional landscapes with sound. In particular, “Their Helicopters Sing,” which resembles orchestrated noise more so than a traditional song, stands out as one of the most striking moments of menace from a decidedly menacing band. 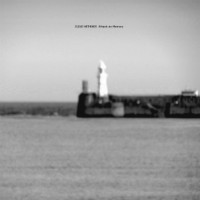 Attack on Memory evokes a dichotomy of tension and release found on few other records this year. The most essential and ambitious track, “Wasted Days”, recalls a nuclear yet focused energy harkening back to Fugazi’s aggressive musical stance. At the core of the song is a self-loathing rant on post-teen ennui that unfolds around piercing guitar riffs and brutal drums. It unwinds into a terse, hypnotic jam that dismantles itself before us before building towards a numbing climax. Everything else on Attack on Memory comes in shorter doses but the energy and inspired musicianship remains intact. This is Cloud Nothing’s second album and it is their first real statement. 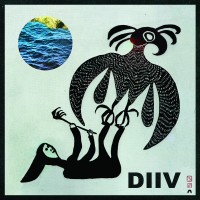 In the Year of Easy Listening, no album is more pleasurable on the ears than Diiv’s Oshin. The difference is: the saccharine, dream-pop jams on Oshin stick out a lot further than everything else in the field. Built around interlocking guitar licks about three notches spacier than Real Estate and vocals meshed so deeply beneath the surface it seems like Diiv’s aesthetic could become a one-button setting in recording studios across the world: “I want it to sound more like, you know, Diiv-y.” From the first waves of springtime sunshine through the first sledding mission of the winter, Diiv is the best soundtrack to good times, soon-to-be-sepia-tinted memories and road trips across American interstates. 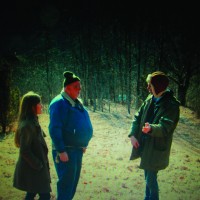 It’s tough to recall a live set as divisive as Dirty Projectors’ opening set for Grizzly Bear at the Picador five years ago. Fresh out of the studio from making Rise Above, their loose interpretation of Black Flag’s Damaged, the Projectors brought an intricate mix of cacophonous sounds to the stage. Some people stayed and watched, and many descended the stairs to the first-floor bar to wait it out until the more harmonious sounds of Grizzly Bear took the stage. All said, no one could argue that Dirty Projectors weren’t “doing their thing.” Few bands seem so dedicated to a distinct vision that appears wholly unaware of the cultural trends unfolding around it. Since Rise Above, Dirty Projectors have taken a path, albeit on their own terms, towards accessibility. The dazzling harmonies and instrumental flourish on 2009’s Bitte Orca set the stage for this year’s slightly funky (figuratively speaking), classic-rock riffing and entirely charming Swing Lo Magellan. This band’s leader, Dave Longstreth, is a singular and impressive songwriter, and at no other point has he been surrounded with players so talented and so full of empathy. There’s no telling where the band goes from here, but weirder would be a little overbearing and anything too close to the middle of the indie-rock middle road would be boring. As it stands, Dirty Projectors have struck the perfect balance. 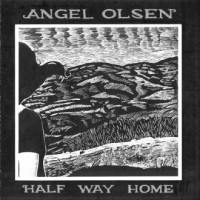 Evoking the essence of her contemporaries—Sharon Van Etten and Josephine Foster—Angel Olsen seemingly levels the competition on her full-length debut Half Way Home on the sole strength of her evocative voice. Alternately haunting (the devastating opener, “Acrobat”) and coy (the Roy Orbison swagger of “The Waiting”), Olsen’s voice is not only distinctive, it is impressively versatile. Yet, as the album unfolds, it becomes clear that she is not only an emotional singer but also a songwriter with range: The songs here move between plaintive folk and pop structures without ever getting lost in the potentially repetitive ruts of rote Americana. This album is perfect for vinyl, and as winter settles in, it will provide remarkable solace on cold, windy days. Full glass of Templeton is optional. 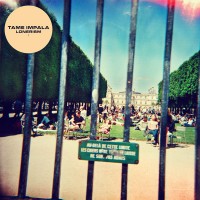 A close friend suggested that this album sounds like what Lennon and McCartney would be doing in 2012 if they were still both alive and getting along. He isn’t being reductive; he is trying to find words to reflect the psychedelic textures and pop hooks embedded within Lonerism, an album which certainly echoes aspects of Lennon and McCartney’s more experimental bends on records like Sgt. Pepper’s and Abbey Road. And to call this record masterful isn’t an overstatement. The songs beam out in waves of guitars and synth flourish, and always with hooks. Lonerism almost comes off like a possession. Each song is its own psychedelic discharge but it’s easy to just get lost in the energy of this record, practically waking up from a trance in the middle of the album and not quite knowing just how you got there, just that you love it. 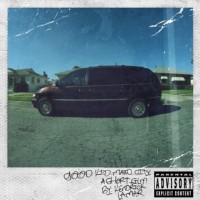 I am kind of old. I remember when Eric B and Rakim’s “Paid in Full” dropped. I remember listening to N.W.A.’s Straight Outta Compton the week it came out. I remember when Public Enemy’s “Fight the Power” video dropped on MTV the same summer as Spike Lee’s Do the Right Thing. I remember when MC Serch introduced Nas on his 1992 classic “Back to the Grill.” I remember buying a copy of Dr. Dre’s The Chronic blindly, having no idea what to expect other than the teaser track from the Deep Cover soundtrack that hinted at his new direction with Snoopy Doggy Dogg. I remember reading the glorious review of AZ’s verse on Nas’ “Life’s A Bitch” in The Source. I remember buying Liquid Swordz and Cuban Linx from Best Buy in the same summer. I remember when the video for Mobb Deep’s “Shook Ones, Pt. II” hit BET’s Rap City. All of this to say: I have a personal history of landmark hip-hop moments and a deep archive of rap albums that will always be classic and close to my heart.

As the aughts descended upon us I found myself increasingly disillusioned with what the rap game had to offer us. Indeed there were still some impressive moments from the likes of Dilla, Madvillain, Ghostface and others, but I found more new, great music emerging in the realms of indie rock, electronic and psych/noise. The last couple years have really marked a renaissance of the rap game and no album perfectly captures positive new directions for rap quite like Kendrick Lamar’s good kid, m.A.A.d city.

This record accomplishes what all classic records do: It creates a world unto itself. Lamar, several mixtapes deep, has come into his own voice—a nimble, intelligent flow that cascades over beats with such ease it often sounds effortless. He works around familiar subject matter—kicking it with friends, alternately getting into dumb shit or gangsta shit, chasing tail and thinking about God—but it never sounds like he’s putting on airs: He is simply being Kendrick. This stance will keep him relevant even as he shifts and refines his thematic focus over the course of his career, which is notable since so many rappers have painted themselves into limiting corners (I mean, how would it go over if Freddie Gibbs wasn’t talking about selling cocaine and shooting people?) On lyrics alone, Lamar’s record would be a standout but then there’s the production: The beats are astonishing throughout, ranging from an updated West Coast g-funk vibe (“Bitch Don’t Kill My Vibe”) to pristine body-bobbing big beat (“Backseat Freestyle”), to the stark, cold creepiness of “Swimming Pools (Drank)” and the nod to Ice Cube’s Death Certificate deep-cut “A Bird in the Hand” on the second half of “m.A.A.d city.”

Tying everything together are the interstitial skits that pop up throughout the album including a series of phone calls from Kendrick’s parents, and reenactments of the older generation pushing religious redemption on the wayward youth. Much in the way that Dre, Snoop, Cube, MC Eiht, DJ Quik and Eazy-E brought Compton and South Central L.A. to life on record, Lamar puts his own artistic stamp on this key location in hip-hop geography. In the process he has crafted a stellar album.