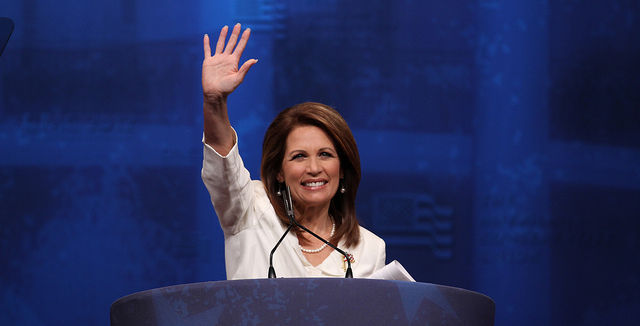 Poor Michele Bachmann needs a hug. She called the reopening of the federal government after a two week shutdown “a very sad day,” because mean old Barack Obama “got 100 percent of what he wanted” — you know, a functioning government, and no worldwide economic meltdown due to a debt default. We ask you, is that fair, that he should get all of his dreams, while Michele Bachmann gets nothing but her share of the blame for two weeks of a meaningless tantrum? It’s as if Obama doesn’t want to take any responsibility at all for the House Republicans’ plan to shut down the government.

In a statement posted to Facebook, Bachmann also insisted that Republicans had been

the adults in the room, offering compromise after compromise and urging the President to come to the table and do what’s right for our country.

But now, darn it, his “radical agenda” of things being pretty much exactly like they were before October 1st will go forward, and poor Michele will continue her lonely fight for maturity in government.