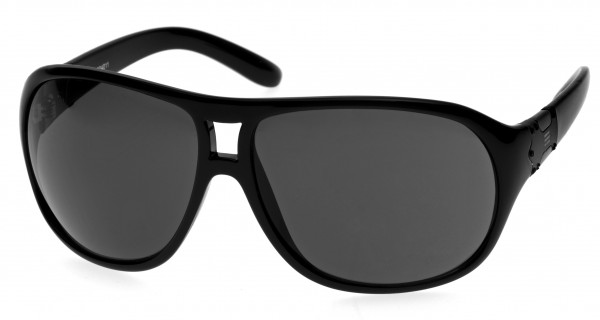 When you read this, presumably sometime in May, who knows what the weather will be like?

You might be covering your plants for tonight’s frost, or you might be heading out for ice cream because you’re sweltering in 100-degree heat. That’s the kind of spring it’s been. Granted, spring in Iowa is often full of such swings, but the spring of 2012 has literally been one for the record books.

If this year’s calendar were its own Bizarro World, the month of March would be the capital. Many of us basked and frolicked in summer-like heat and, of course, who can regret 80-degree weather in March? But I don’t think it was just worrywarts who wrung their hands at the heat wave. According to the National Oceanic and Atmospheric Administration (NOAA), the “lower 48” experienced “the warmest March ever in the warmest start of the year ever in the warmest 12-month period ever” (“Record Warm March Temperatures Continue Record-Breaking Periods,” commondreams.org, April 9, 2012). What’s even more shocking is that, also according to the NOAA, over 150,000 warm temperature records were broken during the month.

Because the weather was so lovely and we weren’t burning up in wildfires or drowning in tsunamis (though there were a number of unusually deadly tornadoes), many of us probably didn’t quite appreciate that, as the meteorologists and scientists often said, the record-breaking warm streak was in fact an “extreme weather event”—and one of the most extreme weather events ever. The Midwest was ground zero of the most extreme of the extremes. With ten days in the 70s and four in the 80s (not to mention nine in the 60s), Iowa City’s average temperature was 52 degrees, nearly 15 degrees above average. Cedar Rapids recorded its earliest 80-degree day ever.

This is classic climate change—not so much the warmth per se, but the frequency and the persistence of extremes. Honestly, I was frightened during March. I’ve seen plenty of weird weather in my life, but it did seem to be among the weirdest to me, even at the time. I tried to squelch the Debbie-Downer attitude with friends and colleagues, but if I did share my fears, I hoped that I was more Cassandra than Chicken Little. Regardless, anyone who wasn’t at least a little concerned hasn’t been paying enough attention.

So March was weird for me on the one hand because of my worry for our planet. But on a more localized level, I truly missed the seasonal transition that is March. While we didn’t really have much of a winter (that warmest start of the year in the warmest 12-month period, don’t ya know), I still didn’t expect to lose the run-up to spring.

Admittedly, this is not a time of year that I especially relish. I can’t think of too many people who love the persistent cold and brownness of late winter and early spring as we wait for the vernal burst of green. But I do appreciate the pace of nature renewing, largely because it is part of where we are here in this spot of the world.

I am a patient person, and, usually, I sincerely love the practice of patience. In early spring, I do enjoy the seeming dormancy, knowing what is to come. I do enjoy the languorous browns and grays before the fledgling spots of soft green. I do enjoy the distant, subtle aria of a single first cardinal before the full chorus of birds during a late spring dawn. These modest signs and tokens are quiet heralds. Historically, heralds are always single individuals, not armies or royal entourages. And in its metaphoric sense, heraldry is about foreshadowing, not climax.

If I listen to Richard Strauss’s “Also Sprach Zarathustra,” I want to be sure to hear the entirety of the long, one-note, sustained contrabassoon/string bass/organ/bass drum ostinato before the first quiet, gentle entrance of the trumpet. And if I’m watching 2001: A Space Odyssey, which of course begins with Strauss, I need to start at the very, very beginning of the black screen accompanied by this same rumbling bass. As with “Ode to Joy”—sung at the end of Beethoven’s Ninth Symphony, not the beginning—the climactic end cadence of the full orchestra and ecstatic sunrise over the Earth in Space Odyssey’s title sequence would mean little if that was where it started.

That’s how early spring should work in our home in the Midwest. And this year, it was denied to us. You might say, “Well, Tom, you got your cold—in April.” And indeed, April was more seasonal, even bringing freeze warnings back into our forecast. Of course, that was a monstrous problem in and of itself as our apple orchardiers and other fruit growers may have lost some, most, or all of their year’s livelihood and the fall delights they usually share with us. April truly was the cruelest month as delicate blossoms, opening to welcome warmth, were flash-frozen before their time. But in terms of my lament for a lost March, it wasn’t the cold that I missed so much as the transition itself. By the time we were covering backyard blooms, the magnolia trees had already exploded in creamy beauty (which was indeed lovely) and the daffodils and jonquils had already reminded us what yellow looked like. We hunted for morels at my wife’s March birthday rather than Mother’s Day.

The environmental implications of climate change are certainly more dire than my feelings over the loss of order in my seasonal rounds. But our altering planet is creating disruptions of many sorts. The regularities of nature’s unfolding cycle are major tonic notes to what grounds us in the world. We certainly can and do delight in variations on a theme over the years, but a violent thrust into atonality destroys the music of living in place.

Thomas Dean hopes he won’t be sweltering in the Dog Days of Memorial Day.