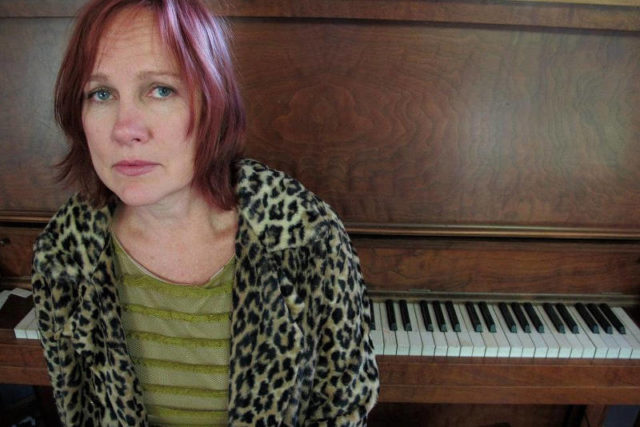 In October of 2012, Iris DeMent released her first new album of original songs after 16 years. The album—Sing the Delta, which DeMent maintained complete creative control over by releasing on her own record label—is an utterly personal work, drawing influence from her upbringing with gospel music and telling stories with her distinctive literary voice. It is a masterpiece of American literature as much as a timeless album of country folk. DeMent sat down with Little Village to talk about her career, her new album, songwriting, moving to Iowa and her upcoming Mission Creek Fetival show at the Englert Theatre.

Little Village: I read recently that you got your start when John Prine heard you playing the Blue Bird Cafe in Nashville. How many years did you live in Nashville?

Iris DeMent: I lived in Nashville from I think it was 1989-1991. I moved back to Kansas City before I made my first records. It’s a good place—it’s changed a lot. I mean [Nashville] is still a good town, but it hadn’t quite been “discovered” when I was there. It was a cooler kind of setting for my tastes. Kind of funky and all of these big record labels were based in houses. When I signed with Warner Brothers in 1992—literally, they were in somebody’s house. All of the business at that time was very

ID: It was definitely the right move for me. I wanted to make records and I wanted people to hear my songs. I was living in Kansas City at the time, and I didn’t see any possibility of that happening there. I think sometimes that is the reality—that you need to go somewhere. I don’t know if that is the case so much anymore because the record industry has changed so much. But, at that time it was like, Nashville, New York or LA—and for what I was doing, far and away Nashville was the most obvious place for me to be. The songwriters that I admired, many of them had either come out of Nashville or gone there. It was a very exciting time in my life—I got to meet people like John Prine, Nanci Griffith and Jim Rooney—who produced my first couple of records.

I think another thing that was as important was that I became educated about the business side of the work I was going into, and I’ve never underestimated the value of that education.

LV: Do you mean the publishing, recording and performance sides of it?

ID: Oh yeah, all of it. I went down there with a handful of songs and continued writing. Being in that environment I learned how to protect my music. I learned how to make decisions about how to handle what I had created. I’m not sure I would have known that, had I not gone down there. It certainly would have been more difficult to get that information. Living among people who were doing what I wanted to do and knew how to go about it was very beneficial to me, no doubt about it.

LV: From Nashville you moved back to Kansas City?

ID: I moved from Nashville in 1991 to Kansas City, and I was there until just about five years ago, when I moved here. So, I’m still fairly new to Iowa. I love Iowa—well, I love Iowa City—it’s a great town. Everything I could possibly need is here and it’s just the right size. And, I have a lot of family here—Greg (Brown)’s older daughters are here. I’ve been very happy in Iowa.

LV: Getting back to the business side of things—you were on Warner Brothers Records for three albums. The last two releases you put out on Flariella—your own label. You started out at a time when the music business was largely part of the record label machine, and, as you pointed out, things have changed. What were the challenges you experienced deciding to do your own releases?

ID: Well, the first record I released on my own was Lifeline—the album of a bunch of old church songs that I sang my whole life and loved. It was kind of a no-risk venture because I actually had no intention of promoting the record—it was really just a great desire I had to go in and sing those songs. It seemed unlikely that very many of them were going to sell—so it was low pressure. I didn’t want any input from anybody. I just wanted to sing those songs like I felt them—send the music out there and let it do what it was going to do. So, it seemed obvious to me to put that out myself.

I did talk to a couple of labels and came close to going that route, but went with my instinct instead and I’ve had no regrets about that. With Sing the Delta, part of me thought that since I hadn’t made a record in a long time, maybe I needed the machinery of the label. But, it was such a satisfying experience to me to make my own record and be able to make all of the decisions and release it exactly how I wanted to. More than that, though, not feel as though I have this team of people who are invested in me and in whom I would feel a responsibility. I think more than anything, when I was at Warner Brothers—I haven’t thought about this in a long time—it wasn’t that they tried to steer me creatively, but I felt obligated to them. When a big label like that signs you—no matter how much they love you—their aim is to make a bunch of money. There’s nothing wrong with that, but I don’t miss that pressure that I felt. So, having said that, it’s unlikely that I would ever sign with a record label again for as long as I live. This has worked out well.

LV: Was the decision to release the album on vinyl yours?

ID: No. I actually did not realize that people were buying vinyl again. I was very surprised when [my distributor] suggested that we issue vinyl. So, I asked around and realized that it has come back into vogue among young people. Even with that, I was a little skeptical. It’s surprising to me how many people ask for it. I get emails all the time, “How can I get the record in vinyl?” So, that’s pretty cool.

LV: Are you looking forward to the Englert show?

ID: I am! It’s a beautiful room. When I’m there I always feel a little nervous—playing where I live—but I’m really looking forward to it. Dave Moore is opening the show—he’s a wonderful songwriter. I’ve been touring for the most part with a band which I haven’t done in quite a long time. It’s been a lot of fun.

LV: Is the band made up of session people, or people put together specifically for the tour?

ID: Well, they’re a mix of people. Dave Jakes—he plays in John Prine’s band. He also played on my record. I’ve been good friends with him for years. Brian Owings is on the drums and also played on the record. Jon Graboff will be playing pedal steel and mandolin and Neal Casal will be playing guitar. Jon and Neal played with Ryan Adams in the Cardinals—they’re pretty darn good!

LV: Is there any part of Sing the Delta that is based on your experiences in Iowa?

ID: Well, I wrote half the songs on the album in the year prior to recording it while I was living in Iowa. At that time we were living down in Van Buren County. You know, the place in my music has always been a place that comes from inside of me. As much as I love Iowa, I can’t say it has much to do with the songs. Some of my earliest songs were written in Topeka. I don’t know how much that Topeka itself had to do with them. I think that a door opens up inside of you and the music comes in.