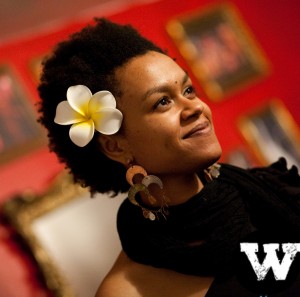 Hello and welcome to another edition of the Weekender. I know there were a lot of things cancelled today because of the weather. For those of us that got to stay in, it was a great day for doing a whole lot of nothing. There’s some great stuff coming up this weekend, but in the spirit of the lazy snow day I’ve decided to lean heavily on the words of others in this edition so I can get back to sipping tea and watching bad TV on Netflix. See you this weekend!

Benjamin Nugent will read from his debut novel, Good Kids. Ben Nugent is the critically acclaimed author of American Nerd. Good Kids is a romantic tragicomedy about a teenage boy and girl who discover his dad is having an affair with her mom. At fifteen, Josh Paquette and Khadijah Silverglate-Dunn catch Josh’s father and Khadijah’s mother kissing in a natural foods store. As both of their families fall apart, the teenagers sign a pact never to cheat on anyone, ever. They have no problem keeping the vow—until they meet again at twenty-eight, both struggling with career and identity, and both engaged to other people.

Benjamin Nugent’s nonfiction has appeared in The New York Times, The Washington Post, Time magazine, and n+1, and his fiction has appeared in Tin House. He holds an MFA in fiction from the Iowa Writers’ Workshop, where he was an Iowa Arts fellow. Director of Creative Writing at Southern New Hampshire University, he teaches fiction and nonfiction in its MFA and undergraduate programs. He grew up in Amherst, Massachusetts.

Java Blend is a free and open to the public, and takes place in the back of the Java House. Each performance is recorded and broadcast on Iowa Public Radio.

From the Riverside Theatre:

Inspired by a story that news reporters in Melbourne, Australia called ‘miraculous’, an infant in a baby carriage falling under a commuter train and surviving with only a scratch to the head, playwright William Missouri Downs began to question luck in a metaphysical context, writing what he calls a “philosophical comedy”.

In the play, Professor Dick Fig is suddenly fired from his untenured position.  Being forced to endure a tedious exit interview with Eunice, the idealistic and religious human resources administrator, is only the beginning of Dick Fig’s troubles.  An emergency alert system has just announced that a masked gunman is roaming their college campus and is quickly approaching the building where the exit interview is unraveling.

Because Eunice’s room is situated across from the cheer captain’s office, unexpected, rambunctious cheerleaders appear throughout the show, providing ample comic relief in the play.  Peppered by short sketches of flash backs, mock commercials, odd conversations and other comedic jewels, the play stays excitingly thought-provoking.  Theatrical  effects such as projection, rock music and lights keep you at the edge of your seat. And if that isn’t enough fun, six actors play 26 wildly different characters.  This is a show you’ll remember.

Prall hit the ground running with his first full-length, Somewhere About Here – dubbed “a track-by-track monster” by No Depression magazine. The follow-up, Dressing Up the Failure, under his alternative moniker Starch Martins, opened the door to national performances with renowned artists such as Jon Brion, Mike Doughty, Bobby Bare, Jr., Glen Phillips, and Justin Townes Earle. Dressing also received critical acclaim by many media outlets, including the Chicago Sun-Times who praised Prall for achieving “a brand of rootsy power-pop that is smart, introspective and filled with great hooks.” His next album, the eclectic Fizzlebuzzie, prompted Performing Songwriter magazine to call the diverse record “a box of chocolates for your ears” and earned him a featured spot on NME.com. He upped the ante with the release of the beautifully infectious Weightless, and with its single “The Cornflakes Song,” garnered more radio spins across the country, a coveted spot on Paste Magazine’s CD compilation, and airplay in the Starbucks national chain.

Born in Ethiopia, raised in the U.S. (including Cedar Rapids) and nurtured by San Francisco’s diverse arts scene, Meklit Hadero embodies far-flung worlds. Joining her soul-filled phrasing with a songwriter’s craft, her influences range wide:  from the jazz and soul favorites she grew up on; to the hip-hop and art-rock she loves; to folk traditions from the Americas and East African home of her forebears. But her singular sound and vibe are all her own.

Meklit’s parents (both doctors) fled the Derg regime in Ethiopia when she was 1 year old. The family was granted asylum in the US and located near Cedar Rapids where Meklit’s parents practiced medicine in the early ‘80s.

Meklit erupted to national notice with the 2010 release of On a Day Like this… on Porto Franco Records. Hailed by Filtermagazine for “[combining] New York jazz with West Coast folk and African flourishes, all bound together by Hadero’s beguiling voice,” the release announced the arrival, as the San Francisco Chronicle put it, of “an artistic giant in the early stages” and garnered feature stories from NPR, PBS and National Geographic.

The journey that brought Meklit to this stage included many stops. Born in Ethiopia in the early 1980s, she grew up in Iowa, New York and Florida. After studying political science at Yale, she moved to San Francisco and became immersed in the city’s thriving arts scene. “She sings of fragility, hope and self-empowerment, and exudes all three,” wrote a Chronicle reporter. “What’s irresistible, above all, is her cradling, sensuous, gentle sound. She is stunning.”

Named a TED Global Fellow in 2009, Meklit has served as an artist-in-residence at New York University, the De Young Museum and the Red Poppy Art House. Meklit has also completed musical commissions for the San Francisco Foundation and for theatrical productions staged by Brava! For Women in the Arts. She is the founder of the Arba Minch Collective, a group of Ethiopian artists in diaspora devoted to nurturing ties to their homeland through collaborating with both traditional and contemporary artists there.