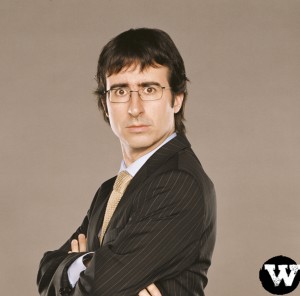 Come ye one and all to this weeks guide to weekend satisfaction. The weather is normal and you have probably all but forgotten your new years resolutions already, so what do you say we skip the small talk and get into brass tacks?

It’s been just shy of a decade since the formation of Savannah, GA’s reggae/rock group, Passafire. They’ve spend the better part of the last ten years making a name for themselves touring with bands like 311, Pepper, Matisyahu and the Wailers. Their 7th official release, Start From Scratch is hot off the presses and the four piece band is eager to get it out there. This is perhaps their most ambitious and diverse record to date as they explore new synth tones as well as harmonica and banjo tracks. The album was produced by Butthole Surfer, Paul Leary, whose other production credits include U2, Sublime, Daniel Johnston and the Meat Puppets. Huntington Beach, CA reggae rockers, Pacific Dub open along with Davenport, IA’s young jammers, Fire Sale.
Start From Scratch by Passafire
FRIDAY
Miles Nielsen w/ Emperors Club, Milk & Eggs // Gabe’s // 9:00 PM // $7

Miles Nielsen is a proud Midwesterner, through and through. The Rockford, Il native has performed in the region under his own name, and for other bands over the past 13 years; his most recent gig was fulfilling bass guitar duties for Appleton, WI band, Cory Chisel and the Wandering Sons. I suppose now is as good a time as any to mention that he is the son of Cheap Trick guitarist, Rick Nielsen. I don’t think Miles is ashamed of this at all, but I think he’d rather folks not make that connection as his music differs so greatly from his father’s. Miles Nielsen and his band, “The Rusted Hearts” focus on lyrical content and a folk rock musical style that just scream Midwest. Iowa City’s own ensemble of seasoned musicians, Emperors Club will perform alongside them with their super tight 90s alt-rock-inspired tunes. They released an EP, The Castle in October and it may be the best thing to come out of Iowa City in 2011. Listen to the title track below. They pick their live shows very carefully so don’t miss them! Finally, of course, the lovely Milk & Eggs will kick the evening off with some acoustic excellence.

The Castle by Emperors Club

If you’re looking for a worthwhile sober night out, you may want to consider checking out the 1986 cult classic, Labyrinth, starring none other than David Bowie, Jennifer Connelly and Toby Froud. Once again it’s time for another IMDB rundown:

Young Sarah is left home alone by her parents and she has to babysit her little brother Toby. But the baby keeps crying and Sarah, while telling him a story to make him sleep, inadvertently conjures from a fantasy world the Goblin King who steals the child and brings him to his castle in the middle of a labyrinth. Sarah has to rescue him before midnight, or the baby will became a goblin…

The freaky fantasy flick was directed by Jim Henson, produced by George Lucas, and features music by David Bowie.

Douglas Kramer Nye // Java House // 8:00 PM // FREE
Douglas Kramer Nye has played just about everywhere downtown. He delivers his gritty acoustic songs with his heart on his sleeve and his presence can make a room get real quiet. From haunting minor-key crooning to traditional folk covers, Nye covers a lot of bases seamlessly in a carefully arranged set. Sometimes I imagine this is what a more manly Niel Young would sound like.

This one might be a little tricky if you haven’t already gotten tickets, but it’s kind of the biggest event in Iowa City this weekend so I have to write about it. I’ll try to keep this short since we all probably know who British comedian, John Oliver is. He is best known for his work as a correspondent on The Daily Show with Jon Stewart, but also plays Professor Duncan on NBC’s recently and unfortunately canceled TV show, Community. He has some other small roles and cameos sprinkled in between, but that’s the gist of it. Needless to say, he’s way funny. I say keep checking Craigslist.

When was the last time you went to the opera? I’m guessing you’re overdue, which is why we’re fortunate to have Benjamin Britten’s musical adaptation of Henry James’ novella, Turn of the Screw at the Englert this weekend. When a governess arrives at her new residence where she is to look after two children, she encounters problems. The children have been possessed and she has to combat the evil inside them and the house. The show is presented by University of Iowa Performing Arts and their website promises that, “this haunting ghost story will have you on the edge of your seat.” Click here for more info, tickets and showtimes.